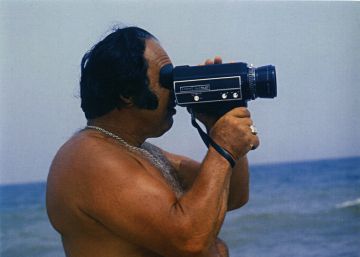 We tell him to travel but it is going to places. The world has become too small to call a trip to wander through a theme park or to take selfies with their backs to ancient ruins. They were traveling Marco Polo or Simbad el Marino or Alexandra David-Néel. The same thing always happens, when the poor can do something it is because it is no longer what it was. Formerly the rich spent the summer and the poor stayed at home. The novel has just been published in a critical edition of the Chair (by Javier Aparicio Maydeu) A light comedy, by Eduardo Mendoza. It takes place during a summer holiday in Masnou (the beaches of Maresme, north of Barcelona), at the end of the forties of the last century (I was going to say: ours; although it may be better to call the 20th century our previous life). The endless summer, clandestine loves, a sordid crime, the suffocating dictatorship, the modest bourgeois life, the theater nights … The world that Mendoza portrays in this book is the last of a lifestyle. Everything will change soon, but to Mendoza It has given him time to witness that agonize and he tells it without melancholy. Rather he puts the lace on it.

When the poor began to spend the summer, the rich began to travel. The summer of the poor was to return to the town where he had to emigrate. Go to do nothing where there was nothing to do. The return was due to a family loyalty, throws the family more than the land, because after all the land is changing and where it is stepped on, and as the family disappeared the working classes went to the bourgeois summer buying plots in installments in newly created urbanizations, in which many workmen, for that they worked in the work, they raised brick to brick, trowel to mortar trowel, their own houses or chalets.

In Catalonia these houses were called towers. These were the years when Exín Castillos was given to Reyes and, between the towers of the urbanizations and the towers mounted on the floor of the dining room, life was impregnated with a reminiscent feudalism. Because, like later on Federico Sánchez Semprún, then the Middle Ages said goodbye to us, but children still played in the street and held horse tournaments, the lightest kids up on the backs of the strongest. Ivanhoe had first been an oral legend, then a representative novel of romanticism, then a blockbuster in Technicolor and in those days it was a television series.

The decline consists in existing a lot. The poor of the sea spent the summer renting tiny apartments on the coast and the mountain ones napping under the pines in plots promoted with giant scale reproductions of TV characters (for example, Heidi). And the rich traveled to distant cities that were filled with exoticism with their arrival, because the exotic thing was to go by plane (today the plane is the equivalent of a coach of those who took the town).

It was immediately seen that traveling around the planet was going to fall short. It happened, of course, in summer; It was when the man first stepped on the moon. They have just turned 50. To that feat of Armstrong, Aldrin and Collins, the three astronauts sent by NASA, the normal citizen, the one who always stayed on land, responded in those same days with the heroicity of Eddy Merckx in the Tour de France.

Again the pulse between traveling and summer was thrown. In going by rocket, in the semi-divine heroism of space travel, I was not going to concentrate more glory than in the popular deed of cycling, like every summer. That week of July 20, 1969, the cover of the magazine Teleprogram (People called her TP, she was one of the most read), was occupied by actor José Luis López Vázquez. The retransmission by Mundovision of the moon landing deserved only a few lines in Sunday's programming. They were going to give that week no less than two López Vázquez films (The pisito Y Peaches in syrup, this, based on a comedy by Mihura, just after the man arrived on the Moon), and that was sensational.

Where the three astronauts meant the victory of the men in white, technology, science …, in that José Luis López Vázquez, still youthful, the victory of the lord in black was already foreshadowed, which he later represented in a series of TV.

But for José Luis López Vázquez to become a symbol he would have to fade the world he came from. López Vázquez from The pisito is near, for example, Fernando Fernán Gómez de The life ahead Well, as they still have everything ahead, they still have everything to lose. José Luis López Vázquez does not win as an individual, he survives as a time. His characters do not have the function of recreating a certain street character in the way it happens with Gómez Bur or Tony Leblanc.

More than a way of being, as happens in the theater of Molière, López Vázquez is a historical novel that explains a whole time. Its voice is pure public address at a time when it is only the State that challenges citizens. His eyes burn like a fan's. Only Salvador Dalí had such eyes in those days. The metamorphosis of López Vázquez in symbol occurs when he stars The cabin, the film where you get trapped in a telephone booth just like a silkworm is wrapped in its cocoon before transforming. The basement full of dead locked up where it ends up at the end is the end of the regime, which has only three years left.

While José Luis Vázquez metamorphoses, another actor, Juanjo Menéndez, a paradigm of people who will not change if the script does not request it, read comics on the beach of Torremolinos in the shadow of a hive of armed apartments like an Exín Castles. This is how it appears in the movie Summer 70, reading the Din dan in swimsuit. In those days, the cover of the extra summer of Uncle Vivo of 1970 takes all the characters of the magazine (Rompetechos, Doña Lío, the lords of Alcorcón …), to spend the summer in a hive of giant wasps. In a current comic, we would go out with our feet in a creek at the door of a rural house and reading a travel magazine to go to see the northern lights or a desert. Dreaming of going anywhere as if we weren't rich.