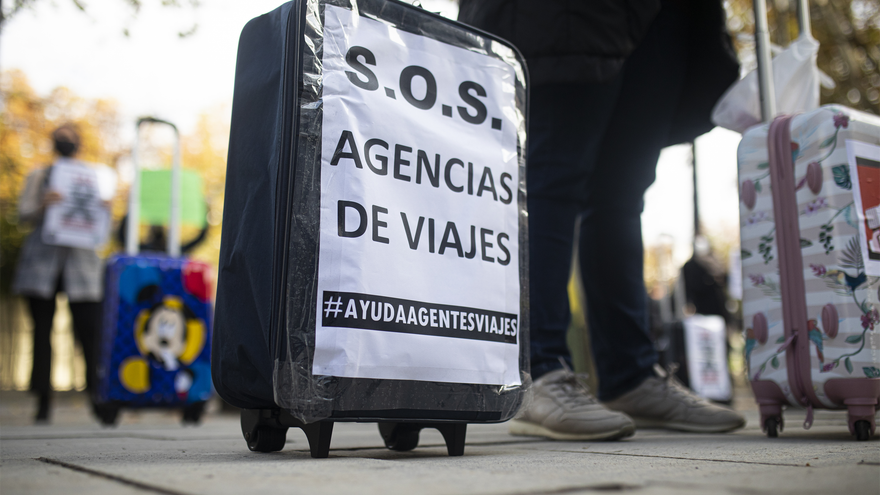 Travel agencies inaugurate the new ERTE of the Red Mechanism created in the labor reform. The Council of Ministers has approved this Tuesday the activation of the measure for this sector, which may be requested from April 1 to December 31, 2022 and which can last, in principle, one year. The files involve aid of 40% in the Social Security contributions paid by companies for their staff as long as they offer training plans to workers.

The Network Mechanism is the new type of ERTE created by the labor reform, for cyclical crises of the economy or for sectoral crises. It must be activated by the Council of Ministers, the step that the Government has taken this Tuesday, and from there the companies can request them if they meet the requirements that are established.

Travel agencies are still quite affected by the pandemic crisis, with 25% of their affiliates in ERTE, while for the economy as a whole the figure is much lower, "below 5", highlights the Ministry of Labor . For this reason, the Government has chosen to deploy the tool for this specific sector, which will be the guinea pig of the tool.

For the economic problems derived from the war in Ukraine, the Executive has not approved another Red Mechanism and considers that ERTEs due to force majeure and those due to objective causes (ETOP) can cover the needs of companies, government sources explain to elDiario.es .

Savings of 40% of social contributions

Specifically, the activation of the RED Mechanism for the travel agency sector will allow companies whose activity is classified under the following CNAE-2009 codes: 7911 (Activities of travel agencies), 7912 (Activities of tour operators) and 7990 (Other reservation services and related activities) as of March 31, 2022.

Companies may request the application of measures to temporarily reduce the working day or to suspend employment contracts, between April 1 and the end of the year. These files have "an initial maximum duration of one year and the possibility of two extensions of six months each", recalls the Government.

The procedure will be initiated "through a request by the company addressed to the competent labor authority and simultaneous communication to the representation of the workers", collects the Workers' Statute (article 47 bis).

The companies that adhere will have to present a requalification plan with training actions to enable the relocation of workers to another position within the same company, or in other companies. "Companies will have an exemption of 40% of their workers' contributions to Social Security," recalls the Executive.

"We celebrate the approval of the RED mechanism, it is the best protection system for both companies and workers", assured Carlos Garrido, president of the Spanish Confederation of Travel Agencies (CEAV), after its approval in the Council of Ministers .

“The possibility of applying these new ERTEs, which are included in the Labor Reform, is the best way to protect a business fabric, made up mostly of SMEs,” he added. “More than 30% of travel agency personnel are subject to some type of ERTE, due to the mobility crisis, caused by the pandemic, to which the conflict in Ukraine is now added.”

In addition, the business representative of the travel agency sector thanked the work of both the Government and the social agents, the CEOE and the majority union in the sector, Fasga.