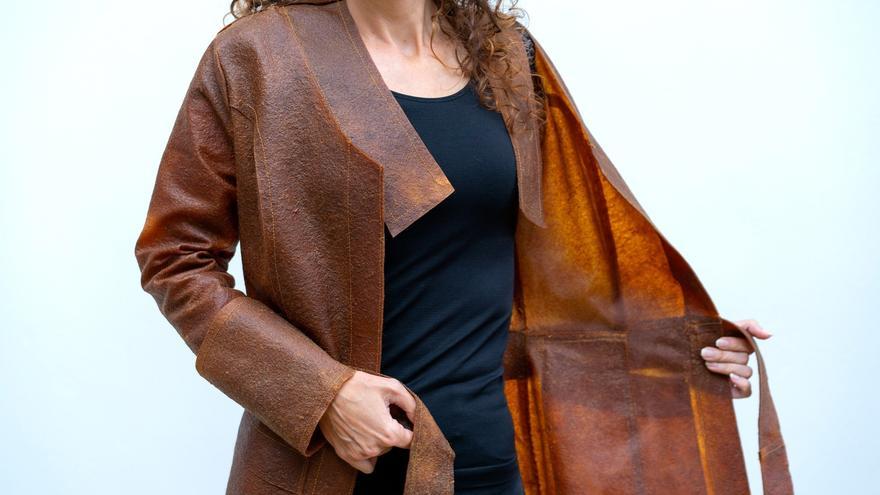 Linz (Austria), Sep 11 (EFE) .- "Olive bones, waste or treasure?". This is the big question that the Barcelona initiative "Remix El Barrio" asks itself, which produces jackets, vases or biscuits for dogs with the food that its neighbors throw away.

Those responsible for this project collected on Friday the STARTS award for "Innovative Collaboration" that the European Commission awards each year within Ars Electronica, the most important festival in the world dedicated to the connections between art, technology and society.

"Remix el Barrio started two years ago with the idea of ​​promoting co-creation in Poblenou and to see how the circular economy can be implemented," Marion Real, one of the two coordinators of the initiative, told EFE.

In Catalonia alone, around 720 tons of food are thrown away a day. With all this waste, which amounts to 260,000 tons per year, the food needs of half a million people could be met in one year.

Under this premise, Remix El Barrio, promoted by the Fab Lab Barcelona innovation center, decided to reuse nine different organic elements to show the population everything that can be done with what they consider "useless".

"The profiles are super different and that is the strength of the group. Each one has followed their individual exploration and, little by little, has transformed their ideas into products," explains Real when talking about his colleagues.

Among the objects on display, a collection of textiles stands out, including a long jacket made from orange skins.

The people in charge of making it, Elisenda Jaquemot and Susana Jurado, reveal to Efe that as fashion experts, what caught their attention was experimenting with sustainability and not only designing the garment, but also making their own material.

"We loved the possibility of having a garment made with this material", admits Jaquemot, who from the outset was interested in working with orange peel.

Behind these clothes, hanging on the walls of the exhibition, the slogan "I'm made with remains of Poblenou" can be read on a dark-colored poster.

This unusual poster was the brainchild of Dihue Miguens, who decided to make paper from the husks of coffee beans.

Miguens, who comes from the world of graphic design, recounts the challenge of getting this material, joining bioplastics with small, dehydrated pieces of roasted coffee fibers.

Along with these two examples, lamps made with olive pits, soaps made from used oils or pet snacks taking advantage of food scraps from restaurants in the area, among others, are also on display.

In contrast to the linear economy, in which products are discarded after consumption, the circular economy concept promulgates a constant flow in which waste can be reused to generate other resources.

In the process of "extraction" of raw materials, says Marion Real, there were numerous conversations with restaurants and bars in the area to try "new things" and decide to bet on sustainability.

Then, as far as the production of the final product is concerned, all the authors had this concept in mind.

"We designed posters and some packaging for coffee cups. Everything stayed in the neighborhood itself. The cafeteria toasts and I make the wrapper for the cup. That idea of ​​circularity was very important to us," Miguens details.

Despite publishing tutorials on his YouTube channel explaining the creation process, the objective of Remix El Barrio is to make people see the amount of food that is wasted and the infinite possibilities it offers.

"We are going to increase the group of truth and do projects to promote and disseminate more biomaterial techniques," announced the head of the initiative.

The team is very happy with the support of Fab Lab Barcelona, ​​which they consider "very stimulating", and they hope to continue doing similar work to the one presented at Ars Electronica, which was awarded among 1,564 proposals from 96 different countries.

For her part, Susana Jurado, responsible for the creation of the orange skin jacket and teacher at the Barcelona fashion school EADIMODA, looks to the future and trusts that Remix El Barrio can inspire future generations.

"It is super important for us to share this knowledge and for future generations to take over and move on. It is no longer the future, it is the present and they have to know it and experiment and from there change the world," he concludes.