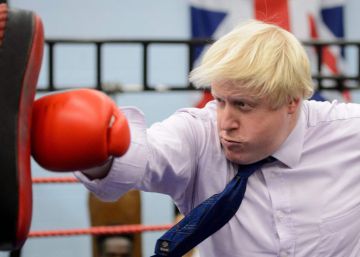 It is a relief to fall from time to time in bodries like the miniseries SS-GB (Filmin), because of so much singing the excellencies of the BBC, in the end we believe that everything they broadcast is ambrosia, and often it is not worth more than what produces any autonomous television of a Pacific atoll (with all due respect for excellent series of the Pacific atolls). It is comforting to note that the British have as bad taste as anyone and consume the same precooked bazofia they serve on the screens of the rest of the world.

I saw that soap opera (never a miniseries was so long) after reading A heroic failure, a very good (yes) book about Brexit written by the Irish journalist Fintan O’Toole and recently published in Spain by Captain Swing. In this chronicle, which mixes politics with literature and popular culture, O’Toole argues that the issuance of SS-GB, which coincided with the approval of Brexit in the House of Commons in February 2017, was a fundamental milestone in the consolidation of English nationalism that supports the brexiters. To understand the phenomenon, says O’Toole, you have to understand the success of fictions like this, which adapts a dystopian novel in which Germany has won the battle of England and conquered the islands, subjecting them to a colonial regime.

As the British TV we watch comes refined and filtered, we try to understand the country through The crown and other delicacies, but, as the writer Agustín Fernández Mallo maintains, societies express themselves in the garbage. Archaeologists and historians are garbage diggers who seek the truth in landfills.

SS-GB It’s that crap we need to understand the neighbor. In the end, the great national disasters are made of a mixture of cursilería, xenophobia, bad actors and cliché phrases. May beauty not blind us.