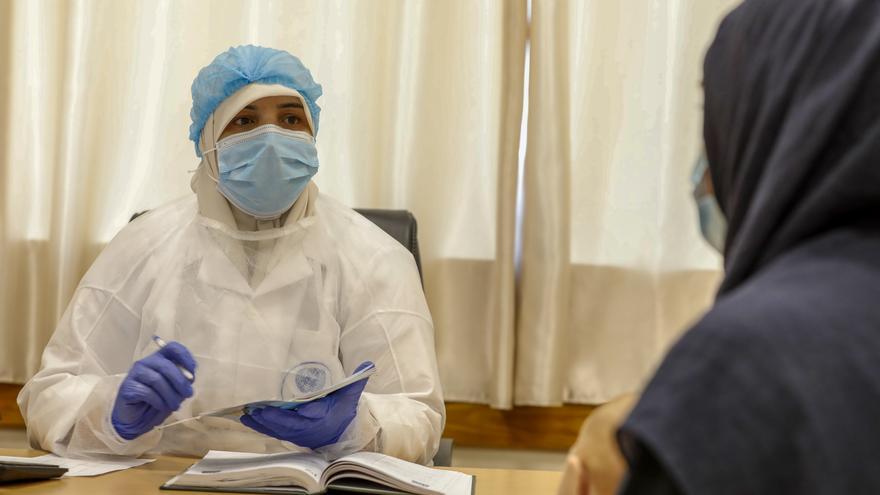 In Gaza, they face 14 years, trapped, isolated. Subject to a blockade that does not allow them to enter or leave. With a long-collapsed health system, Gaza faces an old battle that flares up at its worst: mental health, once again, is relegated to the background. Of the total number of patients who need psychological care in Gaza, only 15% of the patients end up receiving it; in a city where the population lives with the Israeli blockade and siege, and with high levels of poverty and unemployment.

"The quarantine it was a difficult time. I was depressed and put myself in the worst case scenarios. I was afraid of losing my life and infecting my husband or causing someone else to die, ”Nihal said.

The spread of the virus and its economic impact have added a new and heavy burden on the shoulders of the Gazati population that, for more than 14 years, has been suffering a crash that violates your basic rights. In addition to the economic and social impact of the coronavirus, the pandemic has also led to psychological sequelae that are rarely treated. Stress, fear and uncertainty, which people have been experiencing for years, have been increased by the recent confinement and the impossibility of maintaining social distances. In LoopOne of the most populous cities in the Middle East, for every square meter we count up to four people, according to the Palestinian Central Bureau of Statistics.

Nihal Ashour, 34, lawyer, mother of two children and Palestine refugee in Isdud, he lives in the coastal enclave. He contracted the virus while attending his sister's graduation ceremony, before cases were detected outside of the city's formal quarantine centers. "Two days after the ceremony, I received a phone call from one of my friends that I was with that day saying that his PCR result was positive."

As soon as he received the news, he locked himself in his room for fear of infecting his two children. Two days after self-quarantine, Nihal began to experience loss of smell and taste. On the fifth day, he began to experience a high fever and shortness of breath. “I was alone in the room. I had to fight alone. Sometimes he would force me to get up and take my medicine. "Nihal's husband followed all home quarantine procedures and used to bring him food and drink in plastic plates and cups. Nihal's only way of contacting his husband and children, who occupied the adjoining room of the house, it was through video calls.

The stress and depression gave way to consolation when he read Stolen Lives: Twenty Years in a Malika Oufkir Desert Prison. “I asked my mother to bring me some novels that I could be inspired by.” All of her family and friends went out of their way to provide support for her to overcome the virus, at least emotionally.

Sanitary and sanitary, victims in the front line

Ahmad was terrified when he received a message saying that his CRP tested positive, especially as he was preparing to return home after weeks of work in the hospital. In two days he received dozens of calls and messages of support from family and friends who did their best to encourage him.

Ahmad Qassim is a 25-year-old male nurse from a southern neighborhood of Loop known as the Saudi Quarter, which UNRWA built to house Palestine refugees whose homes were demolished by the Israeli occupation. He works in intensive care, where patients are completely dependent on medical and nursing staff. The Ministry of Health He designated the hospital where he works as a reference center in epidemiology during the crisis. “Immediately after the test result, the Ministry of Health staff took me to the quarantine area at the hospital. The days of the quarantine were too long and depressing, but only the voices and calls of the people were my consolation ".

The long working hours, the lack of protective equipment and the fear of contracting infections generated high levels of stress and unease among the health workers, who continue to work without rest.

In Palestine, there are no clear statistics on how the coronavirus, or the blockade and occupation, affect the population psychologically and the reality is that only 2% of the budget of the Ministry of Health is allocated to mental health programs. Among the 10,500 psychologists working for the Health Ministry, only 32 live in the Gaza Strip. And only 15% of people who need psychological therapy receive it. UNRWA it also offers psychosocial support services to the refugee population, but cuts to the Agency's funding have reduced the impact of these much-needed services for the Gaza population.

Many times the solidarity and empathy of the citizens try to compensate for this lack of resources and personnel specialized in mental health, however, the psychosocial situation to which the blockade, the occupation, and now the pandemic, subject the Palestinian population is complex and requires an articulated intervention program and specialized professionals.

Tags: alone, Covid, Fighting, I had, Loop, to struggle, trapped