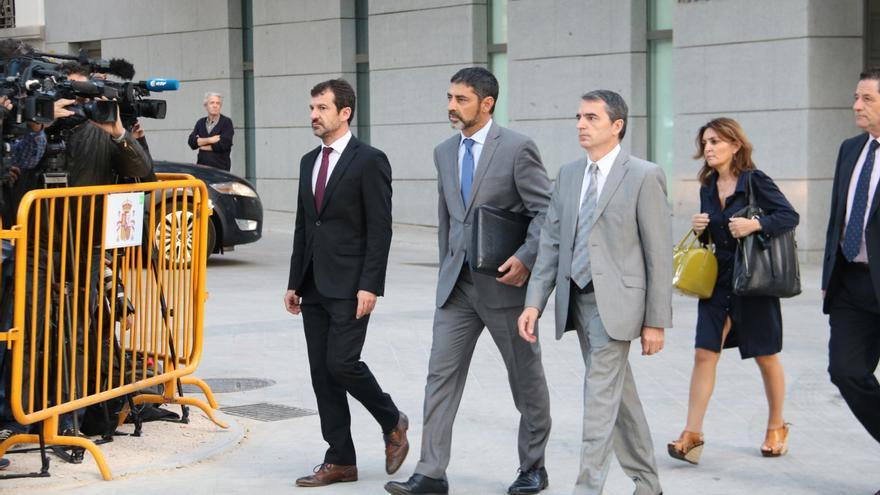 Ferran López, the commissioner who replaced Trapero at the head of the Mossos during 155, will once again be number two in the body. In addition, commissioners Miquel Esquius and Joan Carles Molinero have also joined the operational direction of the body. Molinero will also assume the functions of uniformed spokesman for the corps.

Until a few days ago, the chief commissioner, Eduard Sallent, started to lead the South Metropolitan Region at his own request, as reported by the regional police in a statement.

In addition, for the first time, a woman will lead the General Criminal Investigation Commission. It will be the commissioner Marta Fernández. The new organization chart of the Mossos that has been released this Friday also stipulates that Commissioner David Boneta will continue to lead the Superior Police Station for Territorial Coordination and that Commissioner Rafael Comes will assume the functions of the Superior Police Station for Central Coordination.

Mayor Miguel Hueso leaves the command of the General Commissariat for Operational Resources and becomes deputy chief of the same area. He cedes the position to commissioner Josep Lluís Rossell, who until now was head of the Central Police Region. Inspector David Ruiz also changes the destination, who leaves the command of the Basic Police Area (ABP) of Rubí to become head of the Bodyguard Area.

Mayor Daniel Pérez, until now head of the Special Intervention Group Area, has been appointed deputy chief of the Superior Central Coordination Police Station. Sub-inspector Anselm Pasquina, until now number two in the Special Intervention Group Area, will become number one, while Mayor Jordi Dalmau has gone from deputy chief of the Western Police Region to head of this division.

Commissioner Xavier Creus, until now assigned to the Police Headquarters, has been appointed deputy chief of the Girona Police Region, and Commissioner Cristina Manresa, who led the Superior Central Coordination Police Station, will now be at the head of the Region Central Police.

The mayor Juan Carlos de la Monja, until now assigned to the South Metropolitan Police Region, has been appointed deputy chief of this region, and Commissioner Joan Figuera, who was in charge of the Police School of Catalonia, will be the new head of the Western Pyrenees Police Region.

The ICHH invites you to donate platelets after the Christmas holidays