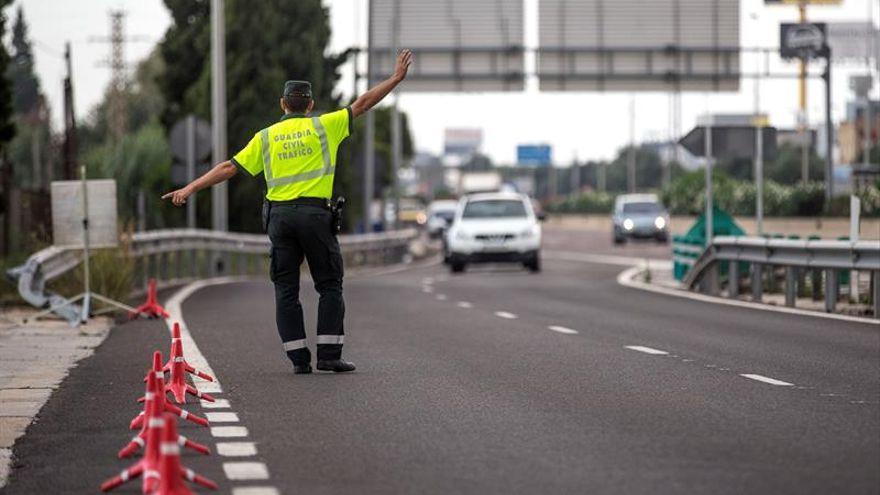 The regulations on road safety will undergo important changes in 2022. The main measures are included in the reform of the traffic law, whose new features will come into effect on March 21. The new regulation updates the points card after a decade to further penalize behaviors that generate greater risk such as not wearing a seatbelt, using a mobile phone behind the wheel or using radar detection mechanisms.

The final text also ends with the margin of 20 kilometers per hour when overtaking, includes the zero alcohol rate for minors and establishes the obligation that minors under 16 years of age wear a helmet when riding bikes or scooters. The new law, which according to the Government seeks to reduce road accidents and strengthen road safety, On December 2, it obtained the support in the Congress of the Executive parties, its partners and Citizens, while PP and Vox abstained.

Apart from this reform, the new year also brings with it the installation of 26 new radars on the roads - between fixed and mobile - or the obligation, which comes from the European Union, that all new passenger cars incorporate support systems from the factory to driving such as the reversing camera, the emergency braking signal or the pre-installation of the immobilizer breathalyzer. Likewise, it is planned that during 2022 the reform of the Traffic Regulations will be addressed to protect the so-called vulnerable users: pedestrians, cyclists and mopeds.

elDiario.es details the changes planned for the new year below:

Reform of the card for points. One of the main modifications of the new law is the revision of the infractions that suppose the loss of points in the driving license to penalize more the behaviors that generate greater risk. Thus, holding the mobile phone with the hand becomes penalized with the withdrawal of six points from the card, instead of the current three. According to data from the General Directorate of Traffic (DGT), since 2016, distractions at the wheel are the leading cause of fatal accidents, with the mobile phone being one of the most harmful elements while driving as a result of the proliferation of social networks and dependence on these devices. The financial penalty of 200 euros is maintained for this risky behavior.

On the other hand, they increase from four to six the points to detract when overtaking, endangering or hindering cyclists without leaving the mandatory minimum separation of 1.5 meters. Same increase in the withdrawal of points for those who throw objects on the road or in its vicinity that can cause accidents or fires. The points that will be lost for not using or doing it incorrectly the seat belt, child restraint systems, helmet and other protection elements are also raised from three to four and the same penalty of 200 euros is maintained. DGT reports show that, to this day, one in four deaths in a traffic accident still does not use a seat belt.

Carrying inhibitors or detection mechanisms for radars or kinemometers, even if they are not being used, will also be penalized. In this case, with the loss of three points. Until now, this fact was only punished with a fine of 200 euros, which is maintained. Warning mechanisms that inform about the position of traffic surveillance systems are excluded from this prohibition.

Balance recovery. The new law also modifies the period that has to elapse before a driver can recover his initial balance of points. Now he will have to spend two years without committing infractions, while until the approval of the reform this period of time varied depending on the seriousness of the infraction committed: two years for serious penalties and three years for very serious penalties. In addition, the law also incorporates a new way of recovering points through the "safe and efficient driving" courses taught by associations, drivers' clubs, insurance companies or driving schools. The completion of these courses will be compensated with two additional points up to a maximum of fifteen and with a maximum frequency of one course of each type every two years.

Several groups - among them PP and Vox - criticized the measure considering that ending this margin is a danger because the maneuver slows down and increases the distance to travel to overtake the vehicle that is intended to overtake. The DGT argues, however, that this removal is in line with the principle of eliminating or reducing risks. According to official figures, two out of every three fatal accidents occur on conventional roads. In 2019 there were 239 deaths in a frontal collision on this type of road.

Helmet on scooters and bikes. Less clear is the reform regarding the obligation for drivers of scooters, personal mobility vehicles and bicycles to wear helmets. Yes, they will be mandatory for those under 16 years of age and those who circulate on interurban roads. For the rest, this measure is at the expense of a future regulation. In his last appearance in Congress, the Director General of Traffic, Pere Navarro, acknowledged that there is an "open debate" on this issue, although he affirmed that there is consensus in the DGT that this security element is mandatory, at least , for the riders that "spend the day making deliveries by bicycle" and for those who use the scooter to work as professionals.

According to data from the Línea Directa Foundation, half of the accidents involving these vehicles are collisions with other vehicles, generally cars, and falls on the road. And the most common and dangerous injuries occur to the head and, above all, to the face. For a year now, electric scooters have been considered one more vehicle and, therefore, are subject to the same laws as drivers of cars or motorcycles. As they are considered drivers, the people who use them cannot wear headphones or use their mobile phones, and breathalyzer tests can be carried out on them. It was also forbidden to circulate on sidewalks and in pedestrian areas, on interurban roads and on highways and highways.

Alcohol behind the wheel. The law also establishes a zero alcohol level, both in blood and in exhaled air, for underage drivers of motorcycles and low-displacement mopeds, bicycles and personal mobility vehicles. In addition, as of July 6, road passenger transport vehicles that have a standardized interface for the installation of immobilizer breathalyzers must have these devices and their drivers will be obliged to use them. This system, also called alcolock, allows the driver to know his alcohol level and if he is in full driving conditions and prevents him from starting the vehicle if he exceeds the established maximum alcohol level. Data from the National Institute of Toxicology indicate that, in 2019, 45.5% of drivers who died in a traffic accident who underwent an autopsy tested positive for alcohol, drugs and / or psychotropic drugs.

Contamination restrictions. The new standard also brings new developments in the field of the environment. Thus, it introduces a new serious offense, sanctioned with a 200-euro fine, for not respecting the circulation restrictions derived from the application of the protocols for pollution episodes and low-emission zones. The Climate Change and Energy Transition Law obliges municipalities with more than 50,000 inhabitants to establish these areas with traffic restrictions to improve air quality.

Siege of the 'copiotas'. The traffic law also toughens the penalties for cheating in the tests for obtaining and recovering driving licenses or permits. It is introduced, as an infringement with a 500 euro penalty, to use mobile phones to copy in these exams, which is the "most common" fraud, according to the norm. In addition, applicants who are caught copying will not be able to appear again for the tests to obtain the permit within a period of six months.

Driving aid systems. Another measure that will come into force this year comes from the European Union. As of next July 6, all new cars that register in the community space will have to incorporate eight electronic driver assistance assistants as standard. Many of these elements, called Advanced Driver Assistance Systems or ADAS (for its acronym in English, Advanced Driver Assistance Systems), are already included by the manufacturers, but from then on they will be mandatory. These devices include the reversing camera, the emergency braking signal, the so-called black box or the pre-installation of the immobilizer breathalyzer.

According to a study carried out by the European Parliament, these devices will prevent up to 25,000 deaths and more than 140,000 serious injuries in Europe in the next 18 years. Its objective, defends the DGT, is to protect vulnerable users and avoid frontal collisions, lane departures, crashes due to not respecting the safety distance or speeding. Despite these measures, the DGT campaign for these holidays sends the message that the best technology is still human capacity thinking about when to stop for a break, take your foot off the gas or be attentive to the road so as not to invade the adjoining lane.

Protection of vulnerable. For 2022, the reform of the Traffic Regulations is also pending for the protection of so-called vulnerable users: pedestrians, cyclists and mopeds. Among the measures being considered is the possibility of motorcycles traveling on the hard shoulder in congested areas and, at most, at 40 kilometers per hour; or the obligation for motorcyclists to wear gloves. According to data from the DGT, in 2020 153 pedestrians, 134 motorists, 21 bicycle users and seven personal mobility vehicle users died on urban roads, of which a high percentage of accidents with fatalities and serious injuries occurred among vulnerable users and commercial and heavy vehicles.

New radars and drones for surveillance. During his last appearance at the Congressional Road Safety Commission, the director of the DGT also announced that during 2022 ten new fixed radars with twenty cabins and another sixteen sections will be installed, which are those that consist of two or more synchronized artificial vision cameras located at both ends of a section of road to calculate the average speed of each vehicle on that route. Likewise, it revealed the incorporation of drones into the surveillance and control system, although it did not give more details of how its implementation will be.