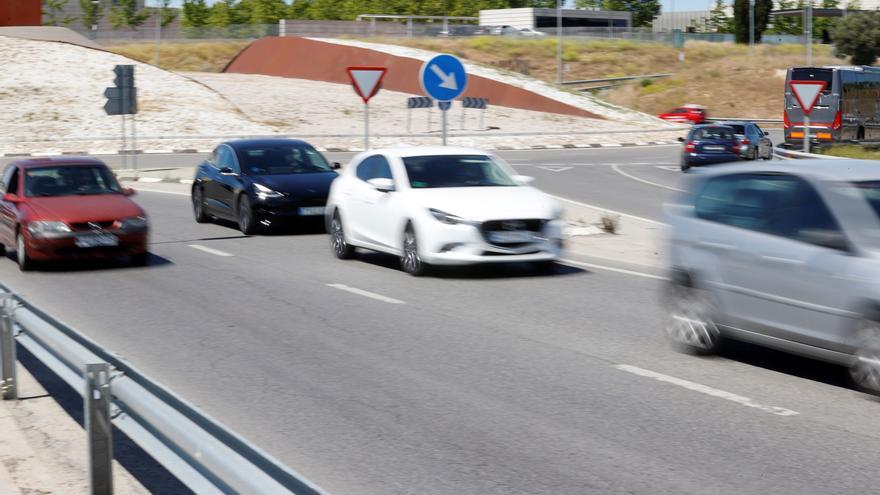 Madrid, May 16 (EFE) .- Road trips back to Madrid this Sunday are already causing complications in traffic on several sections of the Burgos highway (A-1), La Coruña highway (A-6) and Extremadura highway (A-5), as in other cities such as Barcelona, ​​Gerona, Seville or Cádiz.

According to data from the General Directorate of Traffic (DGT), at 6:00 p.m. the traffic is intense on the A-1, at the height of San Agustín de Guadalix, and at the access to the capital by the A-6, in Torrelodones and in Majadahonda.

In addition, there is dense traffic in several sections of the A-5: Cazalegas, Santa Cruz del Retamar and Valmojado, in all cases in the direction of Madrid.

Also in Madrid, an accident heading towards the capital on the A-1, in Lozoyuela, complicates traffic.

To decongest traffic, the DGT has enabled a lane in the opposite direction to the usual one on both the A-1 and A-5.

In Toledo, another accident congests the A-4, in Ocaña, towards Madrid.

In Barcelona, ​​there are difficulties on the AP-7, due to the fire of a vehicle at the height of Santa Perpetua de Mogoda, towards Tarragona, and also in Santceloni.

There is also heavy traffic in Gerona, on the C-31, in Santa Cristina de Haro towards Llagostera.

Traffic is also complicated in Seville, on the AP-4, in Cabezas de San Juan towards the capital of Seville, and in Cádiz the A-48 in Chiclana, towards San Fernando, is congested.

Road trips to leave Madrid since Friday have increased by 50 percent compared to those that occurred the previous week and are similar to those recorded a weekend in May prior to the pandemic, according to data from the Directorate General of Traffic (DGT).