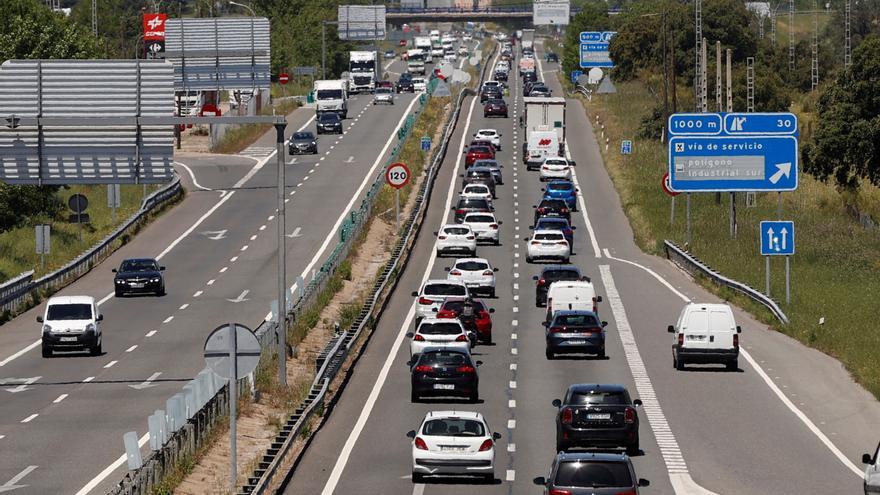 Madrid, May 15 (EFE) .- Virtually all Madrid departures register traffic complications at 1:00 p.m., especially the Burgos highway (A-1), in the vicinity of the Jarama circuit; the Valencia highway (A-3), in Rivas Vaciamadrid; and the Extremadura highway (A-5), in Arroyomolinos.

Also in the Community of Madrid, traffic is slow on the M-501, near Navas del Rey, in the direction of the San Juan reservoir, according to the General Directorate of Traffic (DGT).

In this first weekend without a state of alarm and with mobility between autonomous communities allowed, there are also difficulties in the traffic out of Seville on the A-4, in Dos Hermanas; and by the A-49, in Sanlúcar la Mayor, where hours before an accident had occurred.

Another accident in Álava caused the cut of the A-1, in Aspárrena, towards Irún.

In the rest of the roads of the national territory circulates normally, according to the DGT.

This San Isidro weekend is having an impact on road traffic in the Community of Madrid, in whose capital it is a festive day.

This Friday there were increases in trips of up to 53 percent between three and seven in the afternoon compared to the same time slot the previous week.