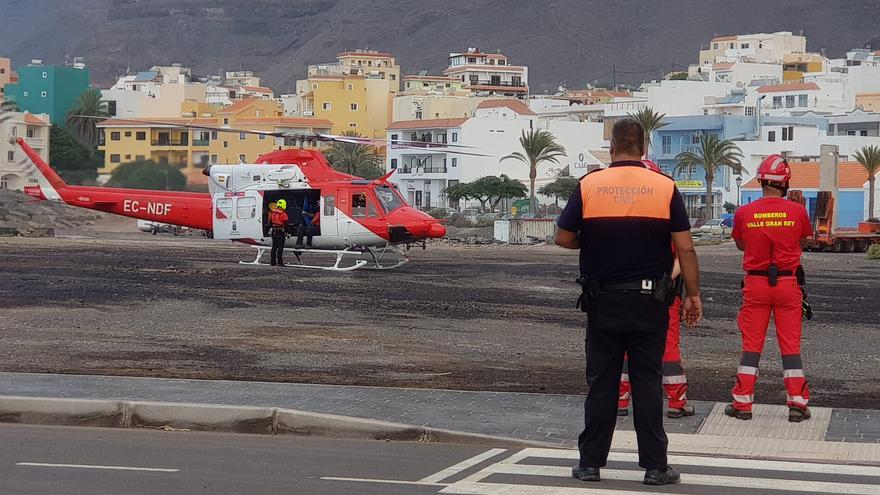 The extensive Emergency device deployed in La Gomera after the strong detachment that occurred this Saturday in the area of ​​Argaga beach it continues with its search work in search of possible victims under the mountain of stones.

Civil protection on the island have indicated that early this Sunday they have resumed work in the area, with aerial means, while sources from the 1-1-2 emergency service have indicated to Efe that the ground device during the night , of which sniffer dogs are also part, have searched without result for possible victims who were in the area at the time of the collapse.

The event occurred in the afternoon of this Saturday and from the first moment emergency and security services were deployed in search of possible victims. The landslide completely buried part of a road that is a habitual parking lot for caravans. Later five people had to be evacuated by helicopter as they were isolated after the landslide, since the road was under a mountain of stones. None of these people required health care.

The following emergency teams from Tenerife also arrived in La Gomera: five vehicles and twelve members of the Canarian Police; Red Cross Emergency Response Teams (ERIE) specialized in psychosocial intervention and search and rescue in land environments; rescue dogs, and a vehicle and three technicians from the Ground Emergency and Rescue Group (GES).