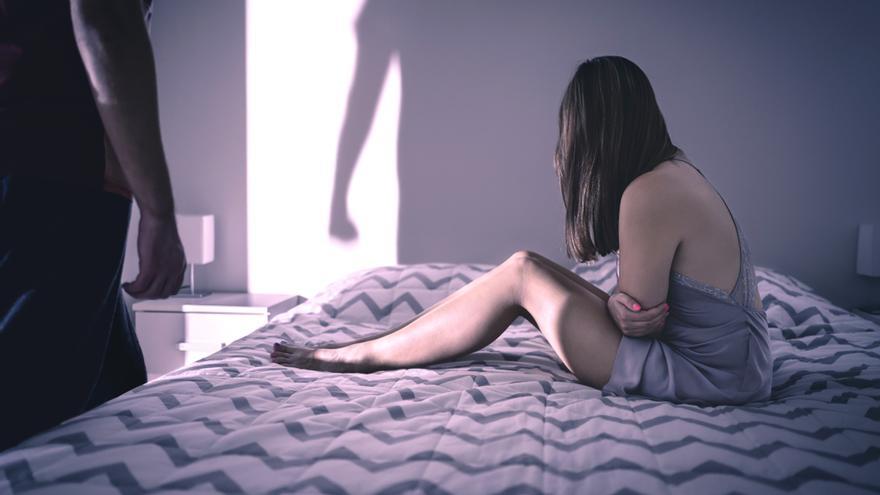 “He was a little jealous, but I didn’t see it badly, it seemed like a show of love.” “He always wanted to know where he was and with whom, he asked me to send him my location … he wanted to take care of me.” “It bothered him that I did not respond immediately to his messages and I thought: poor man, he will be worried.”

The authors of these sentences would never have considered themselves victims of machist violenceto. Are women who have grown up seeing how the Feminist movement took to the streets, how purple ribbons filled the facades of town halls every time a woman was murdered, and despite everything, they did not have enough tools to identify themselves as victims.

“The first time someone told me: Alba, do you know that you have suffered sexist violence? I was out of square. “Indeed, When she was only 15 years old, Alba suffered psychological violence from her partner, but was not aware of it until 10 years later.

In those 10 years, the consequences of the relationship surfaced in the form of anorexia nervosa, anxiety, insomnia, and depression, which he could not overcome until he was aware of what he had experienced.

“He made me feel that I was alone in the world, that he was the only one who loved me and that I was to blame for his aggressiveness,” Alba recalls in an interview with Efe.

With 15 years, and without previous experiences, he lived everything in a “more intense” way and under the ideal of romantic love. “They do not carry a sign that says ‘I am an abuser’, he seemed a normal boy, attentive, very cool … he was a little jealous, but I did not see him badly because he seemed to me a token of love.”

The problem became more apparent when she wanted to end the relationship. “He took me to his house and tried to get us to have sex, but I refused, so he grabbed my neck and put me against the wall.” From then on the threats, emotional blackmail, and even attacked Alba’s new partner.

That relationship marked the rest of Alba’s sentimental experiences. “I was afraid of men and sex became taboo,” he acknowledges. Until one day he went to the theater to see the play “Not only blows hurt”, by Pamela Valenciano. “The blindfold fell off my eyes and the pieces of the puzzle started to fit together.”

Signs of a toxic relationship

To help fit these pieces, the Fundación Ana Bella has launched the program ‘Abuse is not love’, which aims to reach 23,000 teens in three years and help them spot the signs of a toxic relationship.

In the month that they have been in operation, they have given talks to 1,800 3rd year ESO students, mainly in Andalusia, and have detected 30 cases of potential victims, while another 11 have come to the Foundation to ask for help.

Rocío (who was a victim and prefers to hide her real name) is one of the trainers of the program and believes that many young people have normalized toxic relationships. “A large part of adolescents think that sexist violence is a problem suffered by older women, housewives, without studies. They feel very far from that reality. ”

The same goes for the sexual violence. “They do not know what abuse is because they associate it with a stranger who assaults you in an alley, but not with his partner.”

During the workshops, they give them day-to-day examples: controlling Instagram posts, followers, trying to isolate yourself from your friends, non-consensual sex under accusations of being close or boring …

“We make them see where that relationship can lead and that, even if it doesn’t hit you, it is conditioning your life. Control and limitations are a type of psychological abuse.”

At the end of these talks -detail- many girls have approached us and told us: “I have realized that I am living an abusive relationship.”

From control to blows

Sara’s life would have been very different if, in her day, someone had taught her to see those first signs.

“At 16 I started a relationship with a boy ten years older than me. He didn’t tell me anything about my clothes because he liked being looked at and others knowing I was his girlfriend, but I picked up my cell phone, I wondered who I was talking to and if I didn’t answer the phone I thought I was with someone else “.

In Sara’s eyes everything was “very subtle”, until the blows began. Despite everything, the climate of blackmail and submission in which she found herself – isolated by her partner from friends and family – made the relationship last for three years.

“We had moved from Gandía, where I had my family, to Valencia. One night he beat me up and the next day I went to work. My partner told me: you have to report him because he is going to kill you“.

Sara spent one last night with her attacker in which she took the opportunity to collect all her things and return to Gandía to report him. They sentenced him to two years in prison.

“I thought that it would never happen to me, that I would never allow a man to hit me, because my mother was also a victim of sexist violence and I was a witness of that mistreatment”, but it was not like that.

Sara believes that machismo is widespread among young people. “It is normalized” and they see behaviors that are not normal as normal. She is going to start collaborating with the Ana Bella Foundation to give talks and has started a natural cosmetics brand (Kiérete) with her mother that raises funds to fight against sexist violence.

Both Alba and Sara agree on the importance of training for young people and adolescents, and they turn to girls who are going through a similar situation to say: “Ask for help. A friend, a teacher, the doctor, but ask for help. “.

They also highlight the importance of psychological support for victims. “Violence takes a toll on your self-esteem, on your decision-making capacity and you need to rebuild yourself.”

For the same purpose, a group of students from the 2nd year of Basic FP of Margarita Martínez, a professor at the IES Extremadura (Mérida), has created an application that makes it possible to distinguish whether a behavior is toxic or healthy in a relationship.

It is about “amorSano”, which can be downloaded from the institute’s website and installed on the mobile phone and which has obtained the award for Best Digital Resource of Own Creation from the International Exhibition of Educational Technology and Innovation (Simo Educación 2021).

“Phrases or facts that may be very obvious to you, are not so obvious to them,” says Martínez. “For example, ‘see if I’m online while I’m in high school’ to them may mean ‘they care about me,’ though it’s actually a clear control.”