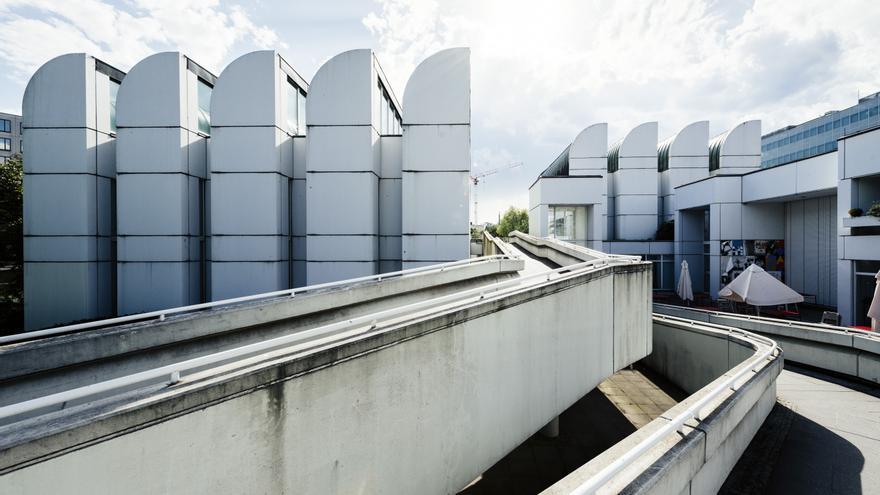 Ursula Von der Leyen, President of the European Commission, surprised everyone in the recent debate on the state of the European Union by announcing the creation of a new European Bauhaus to boost her project of an urban “wave of renewal”.

The president was raising “a space of co-creation where architects, artists, students, engineers and designers work together in the design and implementation“of this strategy of renovation of buildings to make them more efficient, with less emissions and less energy consumption.

In other words, a multidisciplinary work that combines architecture, design, technology and construction so that the investment in rehabilitating 35 million buildings is not only a matter of energy efficiency, but also of excellence in design for a higher quality of life and well-being of European citizens.

To generate this framework, the European Commission rightly rescues one of the most emblematic educational institutions of European innovation in architecture and design of the 20th century: the Bauhaus School.

That school, founded in 1919 by the architect Walter Gropius in Weimar, and unfortunately closed in 1933 by Nazism, was a precursor of the Modern Movement in architecture. Its appearance, in the heart of Europe, responded to the renewal impulses of an artistic and educational context in the progressive sphere. The aim was to stimulate creativity and reconcile design with the logic of progress and industrial development.

Throughout its existence, that “house of construction” anticipated a new conception of architecture, the arts and design. Everyday life was viewed as an inexhaustible source of imagination; liberating objects and architecture from ornamental slavery and shaping a new material culture in accordance with that modern world, which has transcended to this day.

One of his pedagogical maxims was to optimize the form-function relationship in designs, of all scales, directed towards a rational aesthetic related to concepts such as “good form”, “quality” or “practical sense”. All this led to improving the lives of users by stimulating, in this “learning by doing”, the social responsibility of numerous trades and disciplines that were complemented by establishing synergies. The Bauhaus designs of small objects are still valid today and are increasingly appreciated.

In short, a radical renovation of architecture and design that spread by improving objects, spaces, buildings and cities, assuming a true change in the cultural paradigm; perhaps as relevant as the one we are in today.

The new European Bauhaus and the “Wave of Renewal”

The choice of name for this project is not whimsical. The European Commission intends to take advantage of the funds of the European Recovery Plan (Next Generation EU) to promote a “Renovation Wave” of 35 million buildings throughout the European Union, built from the second half of the 20th century, which suffer from problems of comfort, thermal insulation and energy consumption.

A very ambitious investment of public money to revitalize the Union’s real estate stock, with the following objectives: to improve the energy performance of what has already been built, to double the rate of renovation of buildings and to improve the comfort of homes. All this by reducing greenhouse gas emissions, increasing the recycling of materials, and generating more than 160,000 additional green jobs.

A priori, it is a round political management strategy, as in its day were the Imserso trips or the Dependency Law in Spain. An investment aimed at improving the quality of life of people, improving environmental sustainability linked to efficient design, and with an economic rate of return to the Member States, due to the increase in activity.

All of this generating employment in the real estate sector, which will absorb a good part of the youth unemployment and the unemployment of the hotel and tourism industry generated by Covid19. The European Union comes to the rescue of millions of people who have lost their jobs, whose talent and effort we cannot do without, nor can they be left behind.

If to this political proposal we add innovation in quality design and urgent environmental reflection, we will achieve that the reinterpreted Bauhaus of the 21st century reaches the square of the circle. Finally, it will be possible to show that what is necessary (homes) can also be beautiful and, above all, that creativity, innovation and good design improve our quality of life.

After the construction boom of 1998-2008, and the crisis that followed, we find ourselves with a housing stock of low constructive and aesthetic quality, and with thermal insulation that plunges thousands of citizens into energy poverty. We must change the course of that neoliberal bubble, which maximized the immediate benefit of companies, forgetting that the best and maximum benefit is always that of citizens and society.

The conjunction of the “Wave of Renewal” and the new European Bauhaus will allow thousands of citizens to enjoy a living environment that is more adapted to their needs, more pleasant and with less spending on heating and air conditioning, one of the great problems of citizens today day.

On the other hand, this strategy will help the labor market to take on the valuable specialized human resources of this sector, made up of both experienced professionals and young designers, architects, engineers, urban planners and artists. A group of professionals who, after the 2008 crisis, were underused or undervalued, but whose knowledge we must take advantage of to promote better construction, adapted to new social, digital and energy needs.

How is the new Bauhaus financed?

Despite the success of the proposal, not everything is light in this joint project of the European Commission. For this reason, once the project was presented by the Commission, in the appearances of several Commissioners in the European Parliament, the Members have been interested in the financing of this innovative and ambitious project, on which work is still ongoing.

The “Wave of Renewal” will be financed with the Recovery and Resilience mechanism, included in the European Recovery Plan, and the Member States will determine the amounts to be used for this purpose. In Spain, the Government of Pedro Sánchez has already announced an intention to rehabilitate more than half a million buildings, with an investment of more than 4,300 million euros.

However, questions remain about how to finance the new European Bauhaus. As it is a project linked to architecture, design and art, it could be linked to the economic programs of the European budget related to culture: Creative Europe or Erasmus + (for that of training).

However, these programs are scarce, under-endowed, and have fared badly from the European Council negotiations on July 21. It would not be tolerable if they also had to finance this interesting initiative.

We must look for alternative formulas, as has been done in Spain since 1985 to finance culture and cultural heritage with 1% of the State’s public works, thanks to the Spanish Historical Heritage Law.

It would be desirable to establish a mechanism by which a minimum percentage of the funds from the Recovery and Resilience Mechanism that are destined to the “Renovation Wave” of buildings, goes to finance the design, start-up and implementation of the three planned time phases of the new Bauhaus and its five main sites. All this without taking resources away from European programs for culture and education.

A great opportunity for Spain

Lastly, I want to value the enormous opportunity that this initiative represents for Spain to reinterpret that Bauhaus from the interwar period in the current situation.

The “Wave of Renovation” of buildings will combine the generation of employment absorbing unemployment in the sectors affected by the crisis, with the improvement of the quality of life and economic life of thousands of people, all with a better global energy use.

On the other hand, the reinterpreted Bauhaus will form a much-needed framework of analysis, experimentation, innovation and debate as a preliminary phase to said constructive renovation. In Spain, without a doubt, it would be an excellent opportunity to take advantage of the quality, innovation and creativity of our architects, engineers and designers, who are so highly valued in the European labor market.

It would be fair for Spain to be one of the countries that host one of the five founding sites of the new European Bauhaus project, due to our accredited architectural quality, and for being, without a doubt, the country that has most defended the European Recovery Plan .

If Mies van der Rohe, as the last director of that interwar Bauhaus, was clear that “architecture was the expression of the will of an era”, Let’s promote this project from Spain to translate our aspirations to a more humane, more ecological and fairer built world.