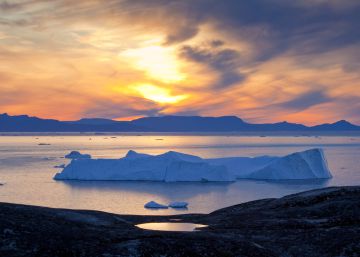 The climate transition embodied in the Green Pact is both an ethical imperative and an economic opportunity. We must adapt our way of producing and consuming, in order to protect our health and our well-being and also so that future generations can enjoy our planet. In recent decades we have shown in Europe that it is possible to break the link between CO2 emissions and economic growth. In the long term, we will all benefit from the transition to climate neutrality. At the same time, and in the short term, this transition will require significant efforts and will entail substantial adjustments by citizens and regions that rely heavily on fossil fuels.

This is why the European Commission will adopt a Mechanism for a Just Transition, which will include a Fair Transition Fund. We want to ensure that the energy and climate transition is fair and equitable. It is also an opportunity to show that “not leaving anyone behind” is not just a Twitter tag, but a real promise of European equity and solidarity.

Not all countries and regions take the exit from the same point. At present, hundreds of thousands of jobs and many households remain dependent on the fossil fuel value chain and carbon-intensive industrial processes, for example in relation to coal mining or the steel industry. Among the 276 regions of the EU there are 108 that house coal infrastructure and some 237,000 people work in coal-related activities, while tens of thousands more are employed in peat extraction activities and in the shale industry bituminous.

Reaching Europe’s ambitious goal by 2050 will require a significant effort and the transition to a climate-neutral Union will involve the transformation of Europe’s regions. If we succeed, we can significantly reduce the unacceptable figure of 400,000 premature deaths a year caused by air pollution in our cities.

As we embark on this mission, we will spare no effort to ensure that no region, no community, no person is left behind. To help people across Europe, from the coal mines of Asturias and Silesia to the Midlands peat bogs, we want the Fair Transition Fund to support those concerned with their employment and demonstrate that the transition can provide opportunities for all .

We can do this, for example, by offering recycling opportunities to those who are affected by the transition; It is possible to mention possibilities such as stimulating the creation of new jobs in the green economy or investing in electrified public transport.

The Mechanism for a Just Transition is a new way of involving all citizens and contributing to prosperity, well-being and a greener future for future generations. It will establish the Fair Transition Fund with additional credits, in addition to the EU budget, to grant grants for economic diversification and for workers who need training. It will also mobilize private money to help create new economic activities that replace pollutants. And, through the EIB, it will grant favorable loans to local authorities to finance green projects. Together, these tools will make and stimulate investments worth at least 100 billion euros.

The premise of our European Union is that the welfare of oneself depends on that of its partners. Our solidarity is based on the concept of our own good through the common good. And in these moments of turbulence it is clear that no State can face the great challenges present by itself. With the Green Pact, Europe sets an example in the transition to climate neutrality and a new strategy for ecological growth. We already had the capabilities, brains and technology. Starting today, we will also have a mechanism to integrate all citizens in this fair transition. We share a common continent and together we can forge a bright green future. We are going to roll up our sleeves to start working.