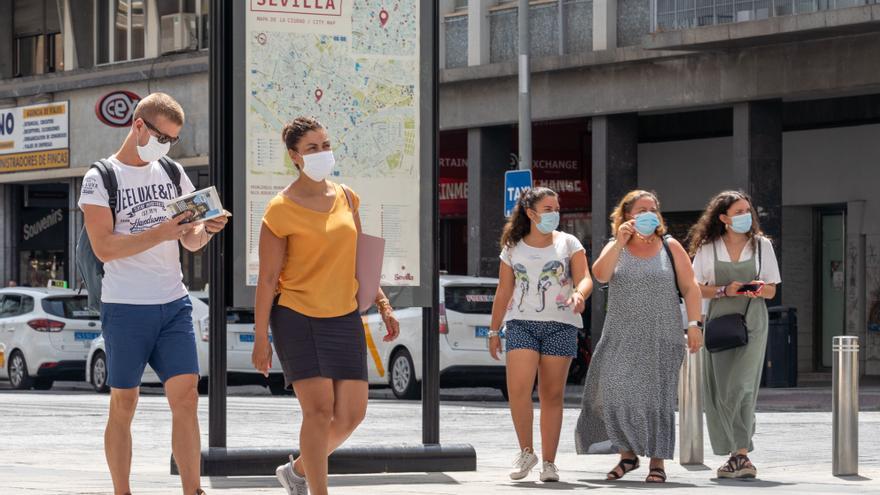 The tourist association Exceltur has modified its economic forecasts for the year, raising the losses of the tourism sector to 98,753 million euros after the successive restrictions to travel to Spain that are being implemented by some of the main emitting countries, such as Germany or the United Kingdom. It involves raising the previous estimate by more than 15,600 million, which predicted losses of 83,134 million euros.

In this scenario of falling demand and a possible early closure of the season, which the employers consider “unusual and bleak”, the tourism sector will need an “urgent and powerful non-refundable aid plan” to facilitate the survival of the fabric viable business and its employment.

Exceltur highlights that the fall in tourist activity would account for more than half of the 15.1% decline in the entire Spanish economy in 2020: 57.5% of the national GDP, according to the highest risk scenario anticipated by the Bank of Spain in June and in line with that foreseen by other official international institutions.

This new scenario would mean a drop of 52,862 million euros in foreign exchange earnings during 2020 compared to those recorded in 2019.

These “devastating results” place the tourism sector as “the most damaged of all sectors of the Spanish economy” as it has not been able to produce, store, or sell its services for months.

For this reason, Exceltur considers that the situation requires addressing an “urgent and very powerful plan” of transversal measures of the Government to support the sector for the rescue of viable tourist companies from September, with an extension of the ERTE until Easter 2021, without reducing bonuses and with an adequate endowment of own funds and Brussels, to ensure business survival and job maintenance, until at least spring 2021.

It also advocates intensifying a territorial management strategy for the monitoring and control of the pandemic more coordinated by putting all the necessary means and a common regulatory framework at the state level, accompanied by a more positive and coordinated public and private communication that avoids misleading messages or alarmism. unfounded.

In addition, it requests a political initiative in Brussels to unify the criteria on the coronavirus that regulate the movements of people and tourist flows throughout the EU, recovering tourist corridors and ensuring the obligation of tests at origin and destination that minimize risks.