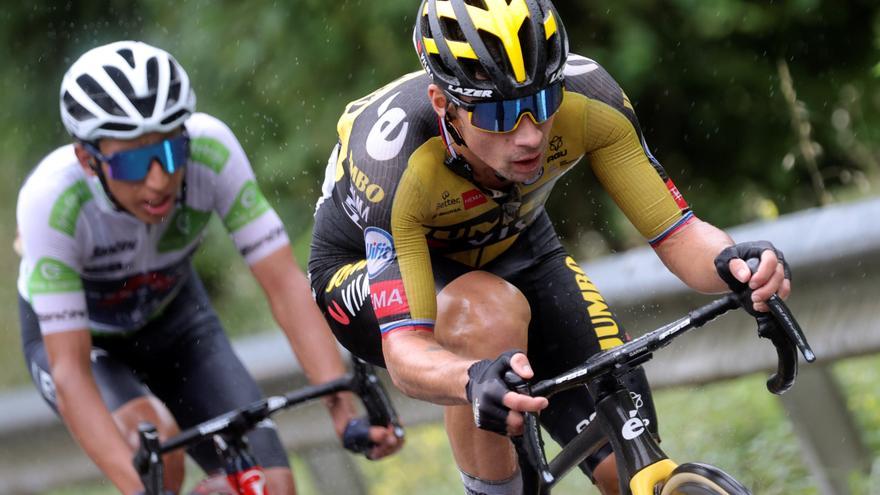 Tadej Pogacar will be there, of course after his two victories in the most recent editions, so shocking the first, so overwhelming the second. Will be also Primoz Roglic, because his tenacity forces him, no matter how many blows the road hits, the Lap as the only safe haven. And there will be, here is the news, Egan Bernal, suffering and mysterious in the last two years, despite his triumph in the last Giro, marked by the dialectic that was emerging from his damaged back. They will all be in the next Tour de France, at the end the great promised battle.

The Colombian runner confirmed to Antena 2 that his preparation in 2022 will focus again on the French race, after betting this season on the turn as a primary objective and the Vuelta as a complement to his season. “Yes, it is clear that we are going to focus all our preparation and efforts thinking about competing in the Tour de France. It is time to return to return to the path that we found in 2019 and from which we have separated a little, “Bernal declared.

That 2019 mentioned by the Colombian seemed the beginning of a unique Golden season that he did not find an extension in the last two years. His back problems prevented him from competing in conditions in the 2020 Tour. “I think I have fully recovered. We have been monitoring evolution through physiotherapy sessions, strengthening with gym attendance, hoping to start the cycling year and continue without anything that could affect the performance on the bicycle, “commented the runner to the Colombian media.

Facing this season, he chose to edge the French event, giving up the stripes to his partner at Ineos Grenadiers. Richard Carapaz. It now remains to check what role the Olympic champion, third in the last edition, assumes, if he will share ‘eight’ with Bernal in the Tour or opts for an alternative calendar that includes the Giro, a race that he already won in 2019. Depending on the decision that the Ineos take with the Colombian, it will order the rest of the pieces that it handles, such as Yates, Martínez, Thomas, Sivakov and Porte.

As for the Spanish, Enric Mas will be one more year the leader of Movistar in the Tour, this time without the accompaniment of Alejandro Valverde, who will opt for Giro y Vuelta in his last year as a professional. Mikel Landa, meanwhile, has not yet announced what his schedule will be for 2022, after a season to forget due to his fall at the Giro.