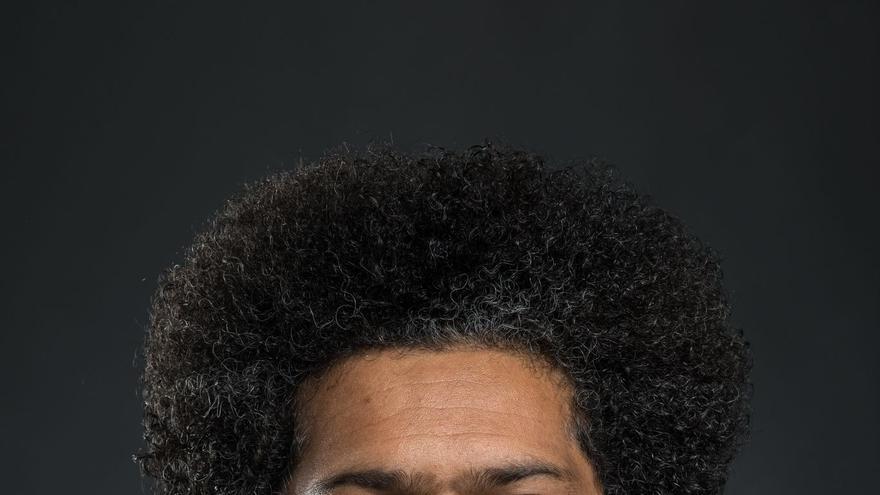 The success of ‘Mambo Club ‘ has forced its replacement on the stage of the Miller Building on August 4. Tickets have been sold out again. The Cuban percussionist Toto Noriega poses in this almost two-hour show a tribute to the splendor of the legendary cabaret Tropicana, the Copa Room, the Havana Riviera or the Parisien of the 50s of Havana, using a cast made up of about twenty people on stage, including dancers and the ten musicians of the band. “It is a journey to the beginnings of Cuban music that begins with peasant and Afro-Cuban sounds, and ends with the contemporary era in which the son montuno is popularized, among many other styles, passing through the time in which dances such as the cha-cha-chá or the mambo take over all the cabarets and salons of society. Likewise, the public will be able to enjoy an infinity of choreographic paintings of traditional and contemporary style during the show ”.

‘Mambo Club’ is divided into three blocks: the peasant, the popular folkloric and the contemporary. The shadow of cult artists from the golden decades of Cuban music such as Benny Moré, Pío Leyva or Celia Cruz, to name just a few, they pass through this montage that Toto Noriega leads to a cabaret aesthetic, “although this term in Spain has always been associated with the sordid atmospheres of the night and the women of company”, explains the natural percussionist from San Antonio de Los Baños, but resident for two decades in Gran Canaria. “The cabaret culture in Cuba is quite another thing,” adds the musician who has been working on this production since 2020, which was already premiered in mid-July at the Miller. Now he hopes he can rotate it through different scenarios of Canary Islands.

Noriega is clear that the historical connection that has been taking place between the musical culture of the Canary Islands and Cuba predisposes the public to communion with sounds that have taken root from generation to generation in an incessant round trip between the two shores. “In the transculturation processes that the Canary Islands have undergone over the centuries, it is unquestionable that music continues to be one of the most important elements in which this rich blood transfusion is reflected. In Cuban music there are African, Spanish, English, French and Italian cultural condiments, but the ingredient of the Canarian-rooted tradition is the majority, not only in its musical aspect, but also in its spiritual aspect. The multicultural range of this miscegenation is very intense. We Cubans say that there are the Galicians, that they are the Spaniards of the peninsula and then there are the islanders ”, warns Noriega, who has collaborated with countless musicians in the Canary Islands.

“Music has no nationality or aesthetic obligations. That is why I am clear that, in addition to Cuban music, my professional commitment is with music, because in each project I contemplate a different experience as a creator. Restlessness has been the engine of all the productions in which I have been involved so far. It is important for an artist to add purpose and natural experiences to his career. It is what makes you grow as a professional and as an individual. You cannot erase with your ego the person you have been before ”, assures the percussionist.

The power of percussion

Noriega does not believe that his professional career would have reached the heights it has reached if he had stayed in Madrid. “What would I have done in Madrid if not Cuban music for a very specific audience? In 2000, my first contact with the islands took place, which became quite constant until 2003 when I returned to Cuba. If a Latin musician has not played in the carnivals of the Canary Islands, he cannot say that he has performed in Spain. I told myself that if one day I had to leave Cuba, it would have to be in the direction of the Canary Islands to start over. I left my country to be part of another culture ”, he says.

Known for a spectacular mastery of percussion elements, Toto Noriega he talks about it as if it were a religion. For more than ten years he has been working on a percussion festival project that will revolve around the drum in the Canary Islands which, thanks to the capital’s city council, will see the light of the year 2022. old of Africa. The drum, especially the one from El Herrera, is one of the most impressive in the world. With Pancho Amat I was impressed and in love with the rhythmic force of the Herreño tajaraste during the Bajada de la Virgen. The beats of the drum accompanied by castanets and chácaras marked me a lot, ”he says. “Since then, I have not stopped studying the different forms of use that percussion instruments have in the popular music of the islands. In these ways I have been able to extract concrete resources that I have later applied in my way of developing as a percussionist in projects related to popular aesthetics produced by the timplist Germán López, the group Olga Cerpa and Mestisay, the disappeared José Antonio Ramos… ”.

Listen to all kinds of music. “I never stop listening to traditional music from the Canaries, a lot of classical music, which nurtures me harmonically and helps me understand the melody, Cuban music, which is obligatory for me. You learn from all music, even bad music. In my disco you can find Verdi already Mary Sánchez or Bruno mars. In the music library of an artist and producer there cannot be excluded, because your duty is to listen to everything that is playing in the time that you have had to live. Nowadays there is neither bad nor good music, but rather music that you like more or less ”, concludes Noriega.