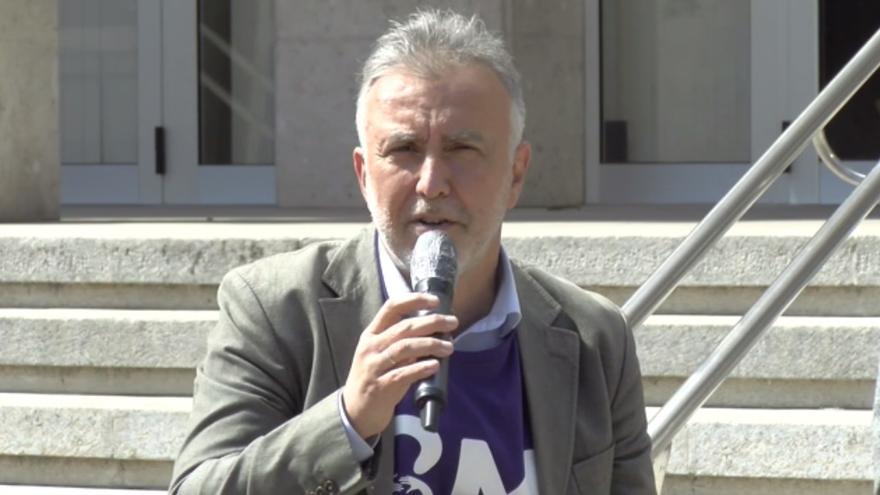 The President of the Government of the Canary Islands, Ángel Víctor Torres, has indicated this Friday that his Executive will be on March 8, International Women’s Day, with women, although he added that now is the time to regain health.

“We would have loved to be able to be, we claim to be, we want to be, we have to be”, pointed out during the presentation of the 8M campaign of the Canarian Government to emphasize that the defense of feminism must be “an absolutely indisputable question”, hence he wanted to move away from the “controversy” as to the fact that the Government Delegation in the Islas authorizes demonstrations, while Public Health advises against them.

“We are going to move away from the controversy, we have to defend that we have to recover our health, as soon as possible to be in the ratios of before March, before the end of 2019, to recover that long-awaited normality, but in the presence of demonstrations or without them we will be that 8M with women “, he pointed out.

Likewise, the Canarian president has cited the slogan of the campaign ‘+ Together than ever’ to claim that “it is time” to be “more together than ever” with women because, he added, the pandemic has highlighted that many saw multiplied the care charges towards yours.

In addition, he highlighted that next to the values “they are always fundamentally”At the same time, they are the ones that suffer the highest rates of inequalities – in relation to unemployment, for example. Torres has acknowledged that there is still “a long way to go” in this regard, since inequality “continues to be evidence.”

For its part, Minister of Social Rights, Equality, Diversity and Youth of the Canary Islands, Noemí Santana, has admitted that the coronavirus pandemic “has hit harder” women, since he pointed out that in matters such as family and work conciliation “many of the applicants” are women.

“There has been a certain setback on the path that was being taken for the sake of equality and that is what we, from the Government of the Canary Islands, are trying to combat,” he added.

Santana stressed that the Canary Islands Government is working “in a transversal way” to try to reverse the situation of women and have a “fairer, more egalitarian” Canary Islands and to be able to help them in their day-to-day life.

The counselor presented a data, in relation to the Canarian Emergency Income, noting that of the 16,800 applicants, 10,400 were women, to conclude by stating that the regional Executive “does not make feminist showcase policies, but rather makes policies of real equality.

As for the campaign launched by the Government of the Canary Islands through the Ministry of Social Rights, Equality, Diversity and Youth, which has the slogan ‘+ Together than never’, it has been carried out in collaboration with the seven councils, and consists of radio spots, television spots, as well as broadcast on social networks.

In this regard, the Deputy Minister of Equality, Diversity of the Canary Government, Sylvia Jaén, explained that the campaign due to the pandemic has focused on being present in a place where it could be “safe and secure” such as the media to “bridging the digital divide” and social media.

Thus, he explained that what has been sought is to convey the idea of ​​”sisterhood” and the “path that remains to be traveled” for what must “be more together than ever.” In addition, they want to reflect all kinds of women because “they all live and coexist” in Canarian society.

Finally, the director of Youth of the Canarian Government, Laura Fuentes, stressed that young women have been the ones who “have caused feminism to spread” and even that the relatives themselves knew that there are “inequalities”. She added that young women currently experience “double discrimination” for being a woman and a young woman.

Tags: 8m, Canary Islands, He says, towers, will be