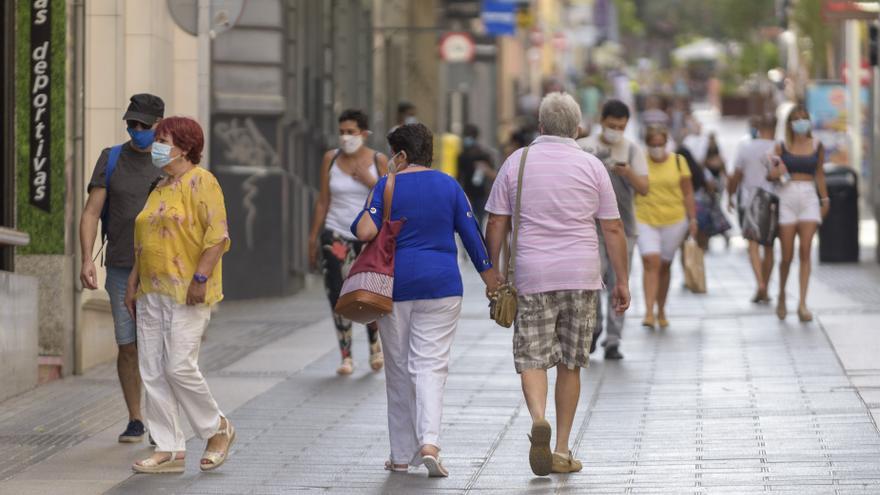 The President of the Canary Islands, Angel Victor Torres, has assured that if Tenerife maintains the downward trend of coronavirus infections registered in recent days, “it is possible that it will drop this Tuesday to level 2” alert.

This was stated in statements to the media after participating in Las Palmas de Gran Canaria in a wreath at the bust of Pablo Iglesias Posse on the occasion of the 142nd anniversary of the Socialist Party.

The decision that Tenerife drops to level 2 will have to be decided by the Ministry of Health, which this Tuesday he will reassess the situation to see if the island finally drops its alert level.

Ángel Víctor Torres stated that, with today’s data, it is foreseeable that the downward trend will continue tomorrow and Tuesday, so “if everything goes as planned, it is likely that on Tuesday Tenerife will drop to level 2.”

If this were not the case, Torres indicated that it would be because he needs “one more day”, but he wanted to make it clear that the will of the Canary Islands Government is that “as soon as possible all the islands can be at the lowest possible levels.”

The decision to keep Tenerife at level 3, while Gran Canaria dropped to level 2, has attracted numerous criticisms, especially in the restaurant sector, since many restaurants that cannot install terraces have been closed since before Easter.

In this regard, Torres indicated that it is something that has been repeated on several occasions and recalled that when decisions have been made in reverse, he has received criticism on some islands compared to others.

The president stressed that the passage of the islands to one level or another “is not decided by either the government or the president in a capricious way, since it is decided with technical parameters and a report made by Public Health to preserve the health of the citizenship”.

Torres assured that “they have never” wanted to raise the levels of the islands and stressed that the Canarian Executive has made a “great effort” so that restaurants and gyms in the Canary Islands are open as long as possible.

In fact, he affirmed that it is the Autonomous Community that “has had its indoor and outdoor restaurants open for more hours, more days and longer, as well as recreational venues and gyms.”

He emphasized that Canarian society is doing things well, which has made it possible to reduce the level of infections and lower the accumulated incidence, which is now 7 days below 50 cases per 100,000 inhabitants.

In any case, he asked not to lower his guard, especially in Tenerife, where tomorrow is a public holiday in some municipalities. “We must continue the containment because if we continue like this, there will be good news in the coming days.”

Regarding vaccination, the president affirmed that the Canary Islands is in a position, if it had a sufficient supply of vaccines, to inoculate more than 30,000 daily doses, and continues to maintain the goal of reaching 70% of people vaccinated in the summer months.

“The theses of the Government of the Canary Islands do not change; everything is articulated and this week will be a week of clear intention to increase vaccination, with important spaces where there is mass vaccination. Vaccination is essential for health recovery, to preserve health and for economic recovery. ”

In this sense, he said that the Government has positive expectations that in the coming months the situation will improve, among other reasons, due to the possibility that 45,000 tourists from the Netherlands will make a pilot trip to the Canary Islands or due to the decision of the Kingdom United that British tourists can already come to the islands this month, something that Torres has already discussed with the British ambassador.

“We are below 50 cases in 7 days, which is what countries like Germany are also asking for; therefore, things are going better and they do not have to go wrong,” stressed Torres, who reiterated that this week, with the massive arrival of 4 million vaccines to our country, “we are going to give a boost to vaccination and we maintain that in summer we will reach 70% of vaccinated”.

On the unforeseen events that may occur, as has happened with the AstraZeneca or Janssen vaccines, he stressed that the Government of the Canary Islands has hired 1,500 nurses for vaccination and has provided spaces, together with the Cabildos, in the different islands “.

In addition, he valued that the Canarian society, “above many fears”, wants to be vaccinated, because “it is much better to be vaccinated than not, and the canaries have understood it perfectly.”