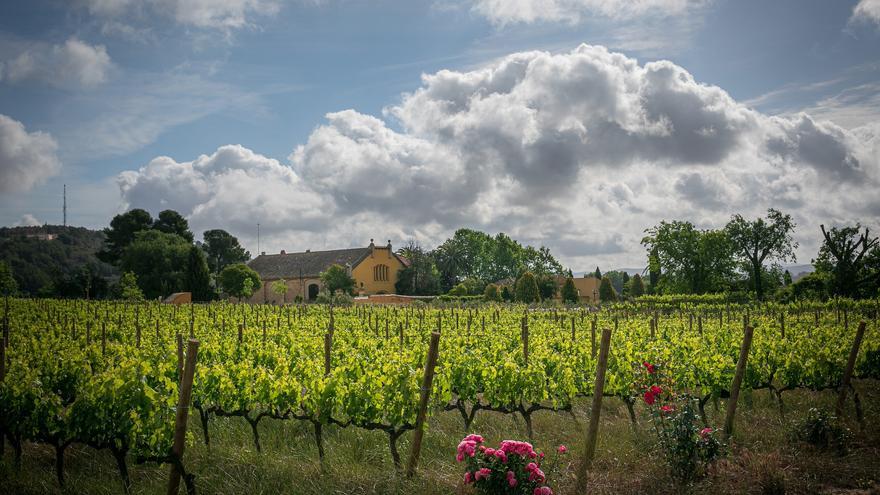 Torres Family revise your target of reduction of CO2 emissions per bottle by 2030 and sets it at 60% at least compared to 2008. The Penedès winery thus redoubles its environmental commitment to help mitigate the climate crisis and move towards emission neutrality before 2040.

According to the audited balance of the carbon footprint corresponding to the year 2020, Familia Torres has reduced 34% of its CO2 emissions per bottle throughout its scope, which includes both direct and indirect emissions generated in the cultivation of grapes, wine production and packaging, distribution, consumption and waste generated after consumption.

The factors that have contributed the most to this reduction in emissions have been the increase in renewable energies by the winery and its suppliers –Familia Torres currently produces 30% of the energy it consumes in its Pacs del Penedès winery–; the greater use of the biomass boiler installed in this winery, which has allowed it to eliminate practically all natural gas consumption, and the application of energy efficiency measures in all its facilities.

Photovoltaic panels in the Priorat winery.

In parallel to efforts to reduce the carbon footprint, Familia Torres contributes to absorbing CO2 from the atmosphere to offset its emissions with its own resources through two key actions focused on land regeneration: on the one hand, reforestation -In Chilean Patagonia, Familia Torres has planted 80,000 ponderosa pine trees in an area of ​​70 hectares, with the objective of planting 2 million trees in ten years - and on the other, regenerative viticulture that will allow the soil, in addition to being healthier, with greater microbiodiversity and water retention capacity, to accumulate more carbon inside it - obtained from CO2 in the air - helping to reduce the levels of this greenhouse gas in the atmosphere.

Pioneering system for capturing and reusing CO2 from wine fermentation

During this harvest, Familia Torres has also implemented an innovative system to capture CO2 from wine fermentation and reuse it as inert gas in tanks to protect the wine. This system, the result of several years of research and testing of CCR (Carbon Capture & Reuse) technologies, is a pioneering circular economy project that will allow the winery to move towards its zero emissions goal by 2040, in addition to saving on the CO2 supply bill for the intertization of the wine.

It consists of adapting the fermenting tanks so that the CO2 released during the wine fermentation process can be led to large balloons, placed on top of these tanks. As the wine ferments and releases CO2, it is captured inside the balloons, which inflate. By means of an air compressor, the gas is compressed to a pressure that allows it to be transferred to another tank where it is stored for later use. With this system, Familia Torres estimates that it will be able to capture and reuse about 20 tons of CO2 per year, the equivalent of a third of the gas purchased by the winery.

The Asociation International Wineries for Climate Action (IWCA), co-founded by Familia Torres and Jackson Family Wines of California to drive the decarbonization of the sector globally, has become the first agri-food organization to be admitted to the campaign Race to zero of the United Nations.

The association is made up of 22 wineries from 7 countries on 5 continents. Of these, 4 are Spanish: Familia Torres, Alma Carraovejas, Bodega Emina de las Bodegas Familiares Matarromera and Herència Altés. IWCA is a working group whose mission is to carry out collective actions to decarbonize the wine sector worldwide, through objectives that facilitate member wineries to become Net Zero in 2050, in scopes 1-3.

Rooted in the Penedès wine-growing tradition since the 16th century, the Torres Family founded their winery in Vilafranca del Penedès in 1870, 150 years ago. Each generation has transmitted from parents to children the passion for wine culture from respect for the land and tradition and a commitment to innovation. Today, the fifth generation focuses on the production of wines from unique vineyards and historic estates and on the recovery of ancestral varieties to adapt to climate change. The fight against the climate emergency has been, since 2008, one of its lines of action through adaptation and mitigation actions to reduce CO2 emissions. Historically present in the Penedès, Conca de Barberà, Priorat and Costers del Segre, Familia Torres also has vineyards and wineries in the main Spanish wine regions –Rioja, Ribera del Duero, Rueda and Rías Baixas–, as well as in Chile and California. She is a member of the Primum Familiae Vini, an association that integrates twelve of the most prestigious wine-making families in Europe, and founder of International Wineries for Climate Action, which promotes the decarbonisation of the sector.