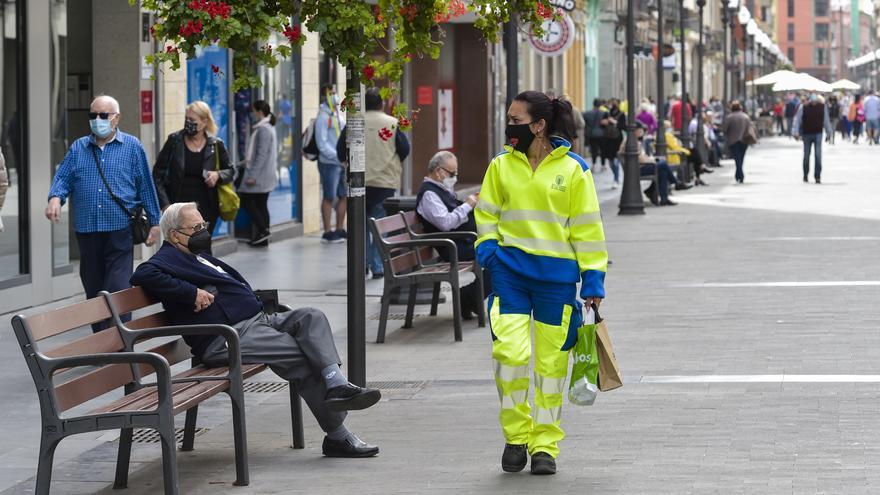 The President of the Canary Islands, Ángel Víctor Torres, has affirmed this Monday that it will be next Thursday, in the Governing Council, when the regional Executive decides whether or not to tighten the measures to try to prevent the expansion of the coronavirus in Easter.

Torres has indicated that it will be a government council “Very important” because the final decisions will be taken for these holidays, although he has admitted that “no” is the will of the Canarian Executive to toughen the stockings, since he has indicated that they would like “not” to have to pass to level 3 in no island but has stated that they “Easter worries“, so they will be attentive to how the data evolves in the coming days.

All this when one year after the activation of the state of alarm in Spain caused by the virus, qualifying this time as “the worst year” of life in which, after starting 2020, citizens found themselves with “a confinement and with a lot of fear and anguish, which has not yet disappeared.”

Twelve months later, Torres has stressed, in statements to the Ser collected by Europa Press, that still “you can’t let your guard down”, since although more and more people are vaccinated, “and this is the great hope”, there is still “high risk” and contagiousness “is important”.

2,000 MILLION FOR THE BALEARIC ISLANDS AND THE CANARY ISLANDS

As for the 2,000 million euros of the 7,000 million that the central government will allocate to the Balearic and Canary Islands to alleviate the economic effects of the coronavirus on SMEs and the self-employed, the President of the Canary Islands has considered that it is an “important plan” but that “it cannot be the only one”, since it is necessary to analyze the evolution of the economy, thus defending that the Temporary Employment Regulation Files (ERTE) are maintained, extended and improved.

Thus, he has stressed that these 2,000 million for the archipelagos suppose a “fair distribution”, understanding that they are the two most affected communities and proof of this is that the amount they will receive will be in line with the parameters of loss of affiliates to the Social Security.

Torres has stressed that this is an “objective” criterion, hence he does not understand that there are communities with less economic and social damage that question the cast.

About how the Canary Islands will distribute the aidHe pointed out that it is expected to use the formula that “has worked in housing”, that is, through the chambers of commerce. All this, he added, with the aim that aid reaches “as soon as possible” to those who need it.