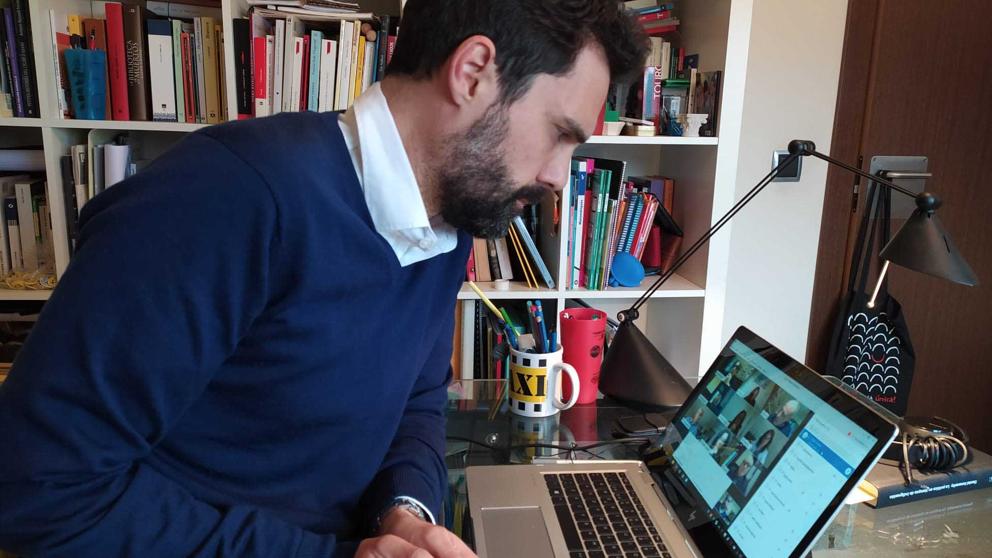 “With some of you, deputies, we have been relentless political adversaries. At times of unprecedented harshness. Today I tell you that for me there are no political colors, nor blocks ”. Quim Torra parked yesterday any reproach to the parliamentary groups. The President of the Generalitat understands that the priority now is to overcome the coronavirus crisis. And for this he wants to have the maximum help. The stinging dialectic and partisanship must be abandoned. The head of the Government wants unity to face the pandemic and understands that one of the best aids would be that the opposition rowed alongside the Govern to get the confinement
total that has claimed so much from the State.

The forecasts are not at all rosy. Torra reached for a report from the Health Department which indicates that, in the worst case scenario, if the containment measures are not tightened, the contagion curve in Catalonia it would not drop until June, and the death toll would rise to 13,000.

Torra offered the parties to work together with the Govern during his intervention yesterday in a telematic session that the Parliament activated so that the head of the Catalan Executive could expose the measures that he has undertaken to fight against Covid-19. “I and the Govern are at your disposal for whatever it takes. And I ask for all your help and generosity to make it possible. It is the only way to move forward, concentrate efforts, stopping the coup, giving confidence and security to the people, ”he said.

What is it that, according to the president, must be made possible? Torra outlined a large number of initiatives in all areas that at the end of his speech summarized in five axes. The first measure, the already insistent demand for total confinement, except for essential services, which the Government has been demanding for almost two weeks from Pedro Sánchez. To this, we must add protection to citizens with a basic income; support for SMEs, freelancers and companies with credits and liquidity; the suspension of the payment of taxes, rents and supplies – water, electricity, gas – and the maximum reinforcement of the health and care system. All measures must be taken at once, he warned.

“We are facing an economic, health and social crisis of the first magnitude”, for which he called for “a constructive and purposeful attitude” to the parties and put aside all political contention. From the Govern, JxCat and ERC partners, it is clear that Torra has all his support to try to achieve this confinement, to which the CUP joins.

But the truce that Torra imposed with respect to political groups did not prevent him from criticizing the government for not authorizing total confinement for Catalonia, which would like to occur in some of the autonomous communities as well. Likewise, the head of the Government demanded transparency in the centralization of sanitary supplies. According to Torra, until now, Catalonia is largely facing the Covid-19 crisis with its own resources and with the suppliers that the Generalitat already had. In addition, he assured that said centralization is not working as it should.

Yesterday’s session also served for Pere Aragonès, Miquel Buch and Alba Vergés to give an account of the measures undertaken from their respective areas: economy, security and health. The first made it clear that “the absolute priority is to save lives.” “Without community health there is no economic recovery, this is the order.”