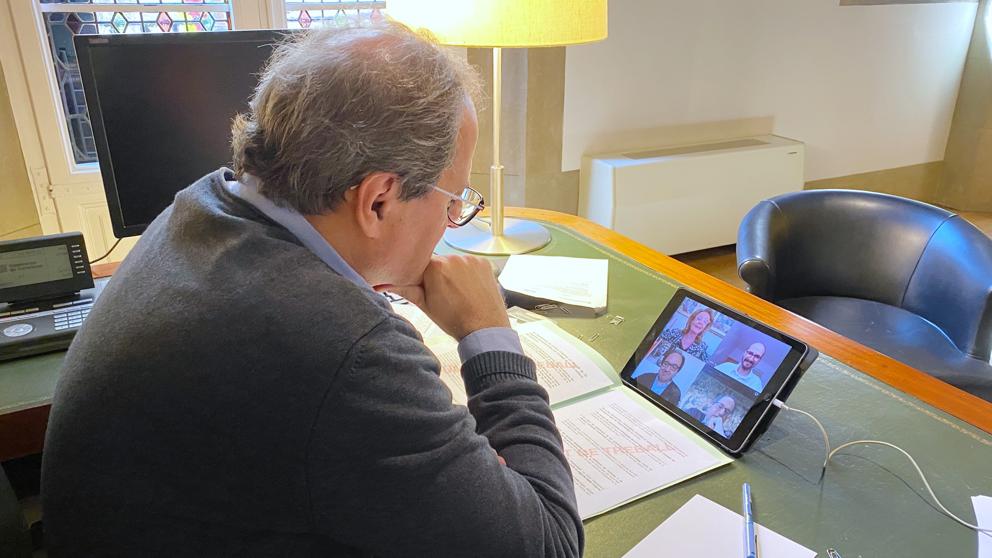 The President of the Generalitat, Quim Torra, maintains his particular confrontation with the State Government as a consequence of the confinement measures to fight the coronavirus. In his claim to implement more drastic decisions, particularly the total closure of Catalonia by prohibiting all non-primary activities, the head of the Government has this time faced the Interior Minister, Fernando Grande Marlaska.

Speaking to Catalunya Ràdio, the minister assured that there would be “no problem” in taking further measures in the future if necessary, but he replicated Torra’s demands by ensuring that the decisions taken by the Government are “one of the most harsh Europe and the world “, in line with what was defended by President Pedro Sánchez this weekend.


They are “a lack of respect for the Government of Catalonia, to which we are already accustomed”

Marlaska has questioned the adequacy of the president’s claims about total confinement and maintaining essential economic activity by asking himself, “What is total confinement? What is the essential activity? ” And the head of the Interior has insisted that the measures adopted by the Government are necessary for the current situation. ”

The minister’s explanations have irritated Torra, who on social networks has regretted that Marlaska’s questions were “a lack of respect for the Government of Catalonia, to which we are already accustomed”, but also “to all those countries that they have implanted total confinement to protect their workers and the entire population, ”among which she highlighted that“ the last ”to do so has been New Zealand.

The minister has defended that “we are almost in total confinement” and has contested the pressure that other autonomous presidents such as that of Madrid, Isabel Díaz Ayuso, or that of Murcia, Fernando López Miras, exert together total confinement without saying what difference there is with the current measures, which are of a manifest entity ”.

Marlaska has pointed out that rather than demanding more drastic measures, what must be done is to comply with those that already exist. In this sense, he explained that since the start of the state of alarm there have been 60,000 complaints throughout Spain and 600 detainees. The minister has called to comply with the confinement orders and has defended that there is zero flexibility on the part of the authorities: “Zero flexibility. The important thing here is that the containment measures are followed. ”

“The important thing here is that the containment measures are followed”


“The important thing is that we are all one, all in the same boat,” he said. For this reason, it has asked for “institutional loyalty and coordination” to the regional administrations that are showing more criticism of the management of the central executive. “It is not time to throw the junk at us, nor to take measures that depend on the Government, but to row forward,” he demanded.

Minister Carolina Darias announces that she has overcome the coronavirus