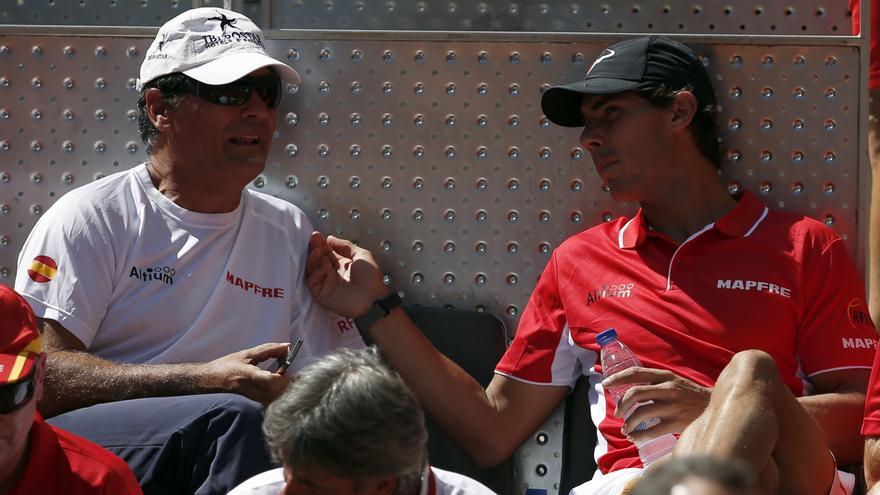 Tony Nadal has affirmed this Monday regarding his nephew and former pupil Rafael Nadal that "I would never say of a family member that he is a genius", despite the fact that many consider the Mallorcan, winner of 21 Grand Slamthe best tennis player in history.

"There are different measures to determine who is number one (of all time)," said Toni Nadal at a press conference after presenting, together with tennis player Feliciano López and promoter Edwin Weindorfer, the ATP 250 grass tennis tournaments and the Mallorca Golf Open.

Toni Nadal was reminded that years ago he defined Federer, who has 20 "greats" as Djokovicas a tennis genius, and replied that the Swiss "is a guy who has managed to transcend his sport."

"But it is that aside (Federer) has achieved maximum efficiency with super elegance, You can not ask for more; As for Rafael, obviously, he has also had to change things, but I think that is what all those who stay at the top for a long time do. It is impossible to stay on top if you are not constantly reconfiguring yourself, "he valued.

In this context, he also gave his opinion on the changes that the his nephew's game since he ran it.

"He has changed, the same as Federer. If you run a little less you know you have to shorten the points. The level of Rafael's game between 2008 and 2010 was very high. Today he has a little less physical, as is logical, but his game is more complete, he now serves much better", he remarked.

With respect to chronic injury (Müller-Weiss syndrome), which his nephew suffers from in his left foot, Toni Nadal recalls thate was detected in a tournament in Estoril (Portugal) in 2004, and that a year later they learned that it was "a complicated issue".

"The specialist who saw him told us that it was very difficult for him to play sports at the highest level, but (Rafael) has been cheating in the best possible way, because in bad weather he has a good face. It seemed that he was going to have a short career, but everything has turned out much better than we expected. He will have a solution when he finishes his career, but not while he plays. Depending on the operation he has, he won't be able to play at a high level anymore, that's why he can't have it done now," he said.

Finally, Toni Nadal gave his opinion on the 21 Grand Slams of his nephew and if they were enough to go down in history as the male tennis player with the most "big" titles in history.

"I have no idea, I wish I was. Djokovic, a priori, is the top favorite to win (this year) at Wimbledon, in Roland Garros I hope it's Rafael and at the US Open I don't know; may or may not be enough. The reality is that it is increasingly difficult to win a Grand Slam because of the age that the three of them are getting (Federer, Djokovic and Nadal) and because of the people who come from below", concluded Toni Nadal.