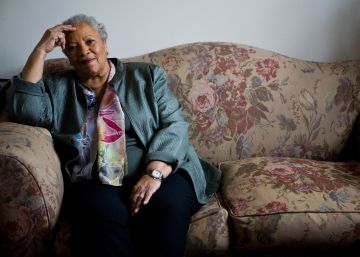 The writer Toni Morrison (Lorain, Ohio, 1931), awarded in 1993 with the Nobel Prize for Literature has passed away, as confirmed by a friend to the AP agency. Committed to the fight against racial discrimination, she was the first African-American to receive the Nobel. The Swedish academy based its decision to grant him the prize in which "with his narrative art impregnated with visionary strength and poetry he offers a living painting of an essential aspect of American reality."