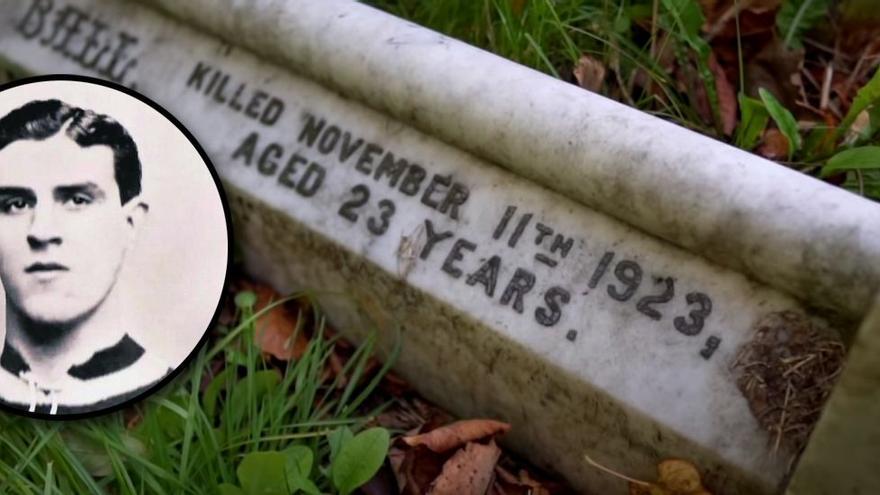 The coal looked like it was going to be their livelihood. As it happened with his father or with two of his four brothers. There weren't many other options in that territory. But there was something about Tommy Ball that set him apart from most of his neighbors. He was good at soccer, a sport that was booming.. He was big and fast, so it was not a great job for him to stand out above his peers in the modest teams in the area, almost all of them linked to mining operations. Newcastle, the closest First Division team, joined him for the 1919-20 season, which was the first to be played after the five-year break caused by the First World War. Most British clubs needed reinforcements because the war had reduced their numbers while other footballers chose the path of retreat because they had grown older to continue playing football. It was a time for young people, new faces and Tommy Ball entered into those plans. However, he did not have much luck at Newcastle where he did not play any official game.

Tommy Ball, in one of the few images of him.

It didn't take long for her to find comfort because someone recommended her hiring to Alf Miles, the Aston Villa manager, and moved to Birmingham to join one of the great turn-of-the-century clubs in England. The "villains" were looking for a young defender to serve as a timely replacement for Frank Barson, one of the essential pieces of the club, so that he was learning the complicated office of central defender at his side. Barson was quite a character, a tough defender, who was passing on his knowledge to the apprentice. In his first two seasons in Birmingham he played around thirty games, but he was comfortable there. He knew that Barson was close to leaving and things on his personal level were also moving in the right direction. I had started dating Beatrice richards, the daughter of a local pastry chef, and in May 1922 they were married. To live they rented a small house in Perry Barr, not far from the Aston Villa stadium, at George Stagg, a former Police officer who had been wounded during the First World War and had left the service. With his savings he bought two adjoining houses. In one he lived with his wife and another he dedicated her to renting.

As planned that same summer Barson left the team to sign for Manchester United and Tommy Ball inherited the position of leader of the defense of Aston Villa. They improved his salary, he did not miss a game and even the rumor began to sound in the football environment that he was about to be called up by the England team. It was difficult to imagine a better picture. And as if that were not enough, Aston Villa signed in the autumn of 1923 a great start to the League that began to give them hope of winning their first League title. But on the night of November 11, everything fell apart.

It was a Monday, the day after their game against Notts County. Tommy Ball and Beatrice had gone out for a drink at a pub near their house. That day was the fourth anniversary of the armistice that marked the end of the Great War, which gave a particularly festive character to the day. When they returned home they found that their dog had escaped, something common, and Tommy went looking for him. His wife was in the room when she heard a nearby gunshot. Alarmed, she went to the door and found her husband staggering: "He shot me" was all she managed to say. Another report rang out and Beatrice watched as her neighbor, George Stagg, broke into her house. Doctors couldn't do anything for Tommy Ball's life. The wound was fatal. While the police detained your neighbor, the promising Aston Villa footballer died in a nearby hospital. Eight days later, the club's fans mobilized to fire the footballer. The funeral procession mobilized thousands of people and his grave was decorated with a pair of soccer balls and a dedication from his teammates. Aston Villa saved that painful season with dignity, although far from the title that Ball dreamed of.

During the investigation Stagg acknowledged that his role in the death of the footballer, but argued that the shotgun had been accidentally fired during a struggle between the two. According to his first version, the footballer had jumped onto his property and there had been an argument between the two that ended tragically. In February 1924 the trial of George Staff accused of the murder of Tommy Ball began. In the city they didn't talk about anything else. The former police officer contradicted himself in many details although the basis of his story remained the same, that the soccer player had accessed his property, that he took the shotgun to intimidate the intruder and that the discussion ended in the worst way. In passing, he added that Tommy Ball was drunk, that he used to beat his wife and that more than once he had threatened both him and his wife.

It did not take the prosecutor too long to knock down Stagg's argument. Beatrice stated that the problems with her landlord began within a few months of moving because she was trying to get them to leave the house since she had found someone willing to pay more for the rent and that this had strained the atmosphere. There were many witnesses who declared that the footballer had left the pub in perfect condition that night and there were neighbors who assured that Ball never entered Stagg's property. Even Aston Villa coach Alf Miles attended the trial to defend his exemplary conduct.. As if that were not enough, the coroner determined that the shot had not taken place as point-blank as the defendant alleged, so the option of struggle was also in question.

Judge Rowlatt he warned the jury before retiring to deliberate to "try to see the facts dispassionately." He was aware of Tommy Ball's popularity and Stagg's dislike, but he tried above all else to seek a fair verdict. “If the gun was pointed at the victim and discharged on purpose, it was murder; and if they considered that he shot himself by accident during a fight, it was homocide ”was the last thing he told them. Jurors deliberated for an hour and 40 minutes after which they determined that George Stagg was guilty of murder.. Judge Rowlatt then sentenced him to the death penalty.

But Stagg escaped the gallows. The government had just arrived Ramsay MacDonald, the prime minister of the Labor Party and both he and Arthur Henderson, his Home Secretary, were strongly against the death penalty. Stagg's was the third that they decided to commute to life imprisonment, so the former police officer spent the rest of his life (until his death in 1966) in different institutions for the mentally ill. Tommy Ball went on the books as the only footballer in England history to be killed while on duty.. Aston Vila fans have not forgotten him almost a century after his death. Given the deterioration that time generated in his tomb, they recently made a popular subscription to fix it and always keep it in good condition.