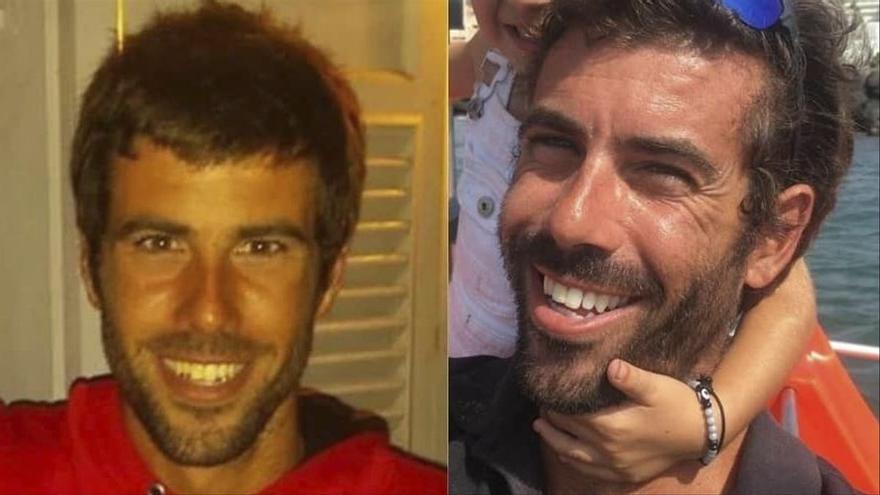 There are already 19 days with no clues about the whereabouts of Anna and Olivia, ages 1 and 6, missing since their father took them away, Thomas Gimeno, in Tenerife. Relentlessly, the troops involved in the search strive to try to cling to some clue that helps to reconstruct the steps of the parent, but the absence of news only increases the anguish, despair and uncertainty.

The last person to testify before the Civil Guard was the woman with whom Tomás Gimeno had a romantic relationship. This young woman, with whom he dated between November 2020 and January 2021, has declared this past Friday before the researchers of the Armed Institute. In addition, he gave an interview to Viva la Vida program of Telecinco, where he addressed Gimeno: “I ask you to reconsider, that no matter how angry you are or how much has happened, girls have the right to be with their mother and father. That you put yourself in Bea’s place and think about how bad it must be going”, he assured.

In his conversation with the television program, the ex-girlfriend of Tomás Gimeno assures, as he has also done before the Civil Guard, that he had sexist behavior and comments. “There were comments that portrayed him like that. He didn’t pick up the house because he said that he had a girl he paid for”, told the aforementioned program. Also that he spoke little about his ex-wife Beatriz but he did speak about the girls and that he did not like the relationship between the mother of the little girls and the Belgian businessman Eric Domb. As this newspaper has learned, Gimeno’s last girlfriend has confirmed all these aspects in her statement in the Civil Guard.

On the other hand, as reported by El Mundo The analysis of the beacons and the routes of the marine traffic on the night of April 27 and the early morning of the 28th has ruled out that any ship anchored next to the boat of Thomas Gimeno after he went out to sea alone after failing to return his daughters to his ex-wife and warning him that he was not going to see them again, so that no boat stopped in the vicinity of the position where the ship of Tomás was left without a government 37 kilometers from the coast of Tenerife.

Fined the night of the disappearance

The father of Anna and Olivia, Tomás Antonio GC, It was proposed for sanction by the Civil Guard After surprising him sailing with his boat moments before his trail was lost, sources close to the investigation informed Efe.

He was intercepted at 11:15 p.m., when he was returning to port, and denounced for skipping the curfew, then set in Tenerife at eleven o’clock at night. The Civil Guard agents did not find anything suspicious in the boat.

At that time, the mother had not yet reported the disappearance of the girls after their ex-partner did not return them at the agreed time.

According to the reconstruction of the events made from the security cameras of the Navy in Santa Cruz where it had the mooring and the testimony of a guard of these facilities, Tomás Antonio GC went to sea twice, the first time around 8:50 p.m., and returned to port at 11:30 p.m.. Earlier, the marina watchman saw him get out of his car and load bags, suitcases and bags of clothes onto the boat, for which he had to make three trips.

Later, he went to a nearby gas station, bought a mobile phone charger, recharged it for a few minutes, and set sail again at 00:30. At all times he was seen alone, without the company of the two girls.

The next day the boat was found empty and adrift, and hours later the search device found a child restraint of one of the girls floating in the water.

Once towed to port, the Civil Guard found traces of blood on the boat, which had no anchor, which turned out to be Antonio Tomás GC

The Güímar court that is instructing the case circumscribes the investigations to an alleged crime of kidnapping.

Several lines of investigation remain open, and, in fact, the court issued an international search warrant. In parallel, Search efforts by air and sea continue for the three disappeared, father and daughters.