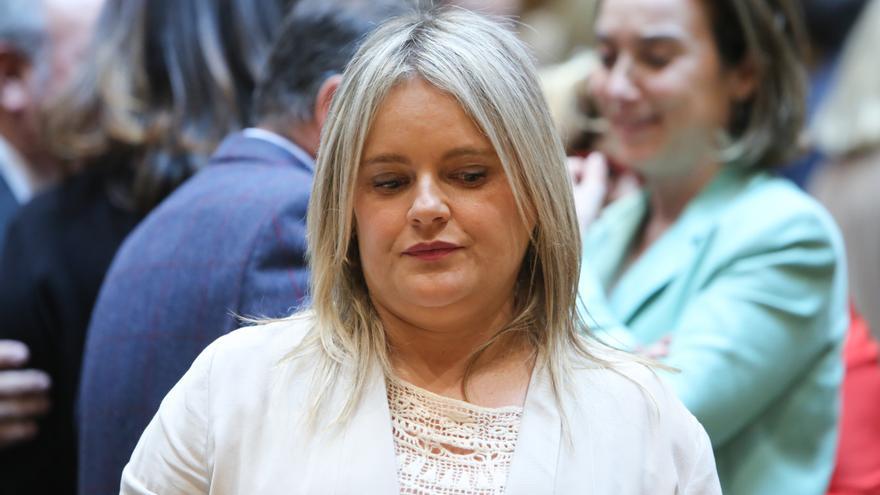 The Interior Ministry has announced that Tomás Caballero, son of the UPN spokesman assassinated by ETA in 1998, will be the new president of the Foundation for Victims of Terrorism. Caballero will replace the PP deputy Marimar Blanco, who has held the position for the last eight years. The decision, as explained by the department headed by Fernando Grande-Marlaska, is taken in accordance with the provisions of article 8 of the Foundation’s statutes by the founders of the State Administration.

The relay will take place this Tuesday following the provisions of its Statute and the regulations applicable to foundations of the state public sector, as reported by the Ministry of the Interior. The Victims of Terrorism Foundation is a foundation of the state public sector that has, among other purposes, to promote in all areas a better understanding of the situation of the group of victims of terrorism.

The new president of the Victims Foundation currently occupies one of the entity’s vice-presidencies and presides, at the same time, the Foundation that bears the name of his father, Tomás Caballero Pastor, assassinated by ETA IN 1998, when he was a PNV spokesman in the city of Pamplona.

Caballero replaces María del Mar Blanco, sister of the Ermua councilman assassinated by ETA, who has chaired the Foundation for the past eight years, in the position, which is not paid. Interior has highlighted that during its stage there has been “a great activity on behalf of the Foundation”. “The Government appreciates their dedication and work in defense of the victims of terrorism, knowing that their commitment in this area has been, is and will be permanent,” he said.

Of Tomás Caballero, Interior highlights that he has demonstrated in his long career in that position “a great capacity for consensus that has allowed him to maintain close relations with the different representative associations of the victims and a precise knowledge of the operation of the entity”.

His commitment to the plural defense of the values ​​and interests of victims of terrorism has also been valued for his appointment. “Caballero has a long and intense experience in the associative movement of those affected by terrorist violence and has been involved for years, from political neutrality, in activities of memory of victims and promotion of human rights, particularly among youth, and the delegitimization of terrorism, “says Interior.

The Victims of Terrorism Foundation is a non-profit entity created on December 19, 2001 with the purpose of bringing together aid and collaborating with all the associations and foundations of victims of terrorism registered in our country. In accordance with its statutes, its purpose is to promote and disseminate democratic values, the defense of human rights, plurality and freedom of citizens and, at the same time, to be a useful vehicle for consultation for a better understanding of the situation. of the group of victims of terrorism in Spain.

It also has among its objectives to provide the necessary assistance in its healthcare aspect to victims of terrorism and their families; promote scholarships and promote cultural exchanges and create a permanent cultural fund in memory of the victims. Its financing, as stated in its statutes, is mixed, coming partly from state transfers and another from donations from companies and private entities.