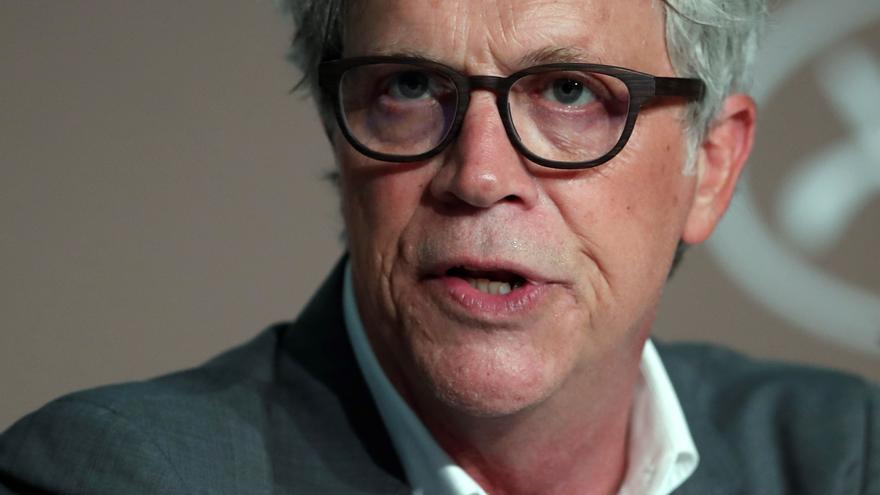 Cannes (France), Jul 8 (EFE) .- Feel, breathe and listen to music as if we were part of the New York art scene of the sixties, when The Velvet Underground became a cult group. That is the goal, achieved, of Todd Haynes with his documentary, which he presented today at the Cannes Film Festival.

With a dizzying montage, screen split in two or turned into a puzzle of images, Haynes draws a gripping portrait of an essential band in the history of music, which, as John Cale says in the film, sought “how to be elegant and how to be brutal “at the same time.

“We wanted to represent the cultural life of New York in an integral and complex way, because the time was complex,” Haynes explained at a press conference after the screening of the film, which is presented out of competition at the 74th Cannes Film Festival.

It is a film “that deals with artistic creation”, of a group, The Velvet Underground, “which is the art of rock and roll or artistic rock and roll.”

A band that is the result of “cross-pollination” among many people because each member of that group had an essential role in the sound they created, the director said, for whom the fact that they all arrived in New York at the same time “was almost a miracle. ”

Lou Reed, John Cale, Sterling Morrison and Angus MacLise formed the group in 1964 and the following year MacLise was replaced by Maureen Tucker. Nico would later join, although their collaboration was always considered temporary. And in 1969 Cale left, who was replaced by Doug Yule.

Just five albums, recorded between 1967 and 1973, served to revolutionize rock and influence the work of many later musicians and the emergence of new styles, such as David Bowie’s glam rock, Haynes noted.

Bowie’s testimony appears in the documentary, as does that of other musicians and artists such as Jackson Browne, Jonathan Richman -who claims to have attended 80 concerts by The Velvet-, John Waters, La Monte Young, Delmore Schwartz or Jonas Mekas, the sister. from Reed -Merrill reed-weiner- and even Allen Ginsberg. Without forgetting each of the members of the band.

“We used their archival voices, but maintaining their presence is one of the beauties of the film and it was one of the challenges,” explained Haynes, who has built the narrative around those testimonies to describe “a unique place and time.”

Now, with so much information on the Internet, it is difficult to concentrate on a specific place and it is impossible to know if somewhere in the world there are people developing a new art, reflected the director of films such as “Carol” (2015) or “Far from Heaven” (” Far from heaven “, 2002).

With lengthy screening work carried out during the pandemic, the team dived through more than 600 hours of images and more than 7,000 images to choose what they wanted to tell. A first version of more than 12 hours ended in the 110 minutes that the documentary lasts, and of which nothing is left over or missing.

Material, much unpublished, from the archives of producers Wyatt Stone and Bryan O’Keefe, from the Warhol Foundation – recordings of The Velvet Underground rehearsing at The Factory – or from the Lou Reed archive – demos of the band’s first songs -.

Images that reconstruct the history of the group starting with the varied origins of its members, especially Lou Reed with his complicated personality since childhood and his obsession with becoming a star despite neither singing nor playing really well, and John Cale, who jumped from Wales to New York and that until the age of seven he did not even speak English.

A highly visual film in which Haynes wanted to establish a close and direct relationship between what the viewer sees and what he hears. “I wanted to put music in the context of cinema” and make music heard “fresh” so that I could “experience what people felt at that time.”

For this reason, and although the documentary is going to be released on Apple TV, the director claims to be from the old school, from the filmmakers who make films for the big screen, and believes that “listening to this film on the big screen is extraordinary.”

As extraordinary as hearing Lou Reed say that the $ 2.79 he got for royalties from his first recording was more than he got from The Velvet.

Or how the members of the group considered that the lyrics of the songs of The Beatles were for children, or being aware of what Andy Warhol meant for the group and for Lou Reed at that time.

That Warhol or Nico were in love with Lou Reed, that the group hated the hippie movement, and that rehearsals for their debut album, “The Velvet Underground & Nico” (1967), with Warhol’s famous banana on the cover, lasted more than one year.

Not forgetting Bowie’s voice saying that Bob Dylan made wonderful songs but that Lou Reed brought pop to the forefront with his lyrics.

Many facts already known but recounted in an extraordinary way by Haynes, who pays a great tribute to an essential group that almost fifty years after their separation continue to sound innovative.