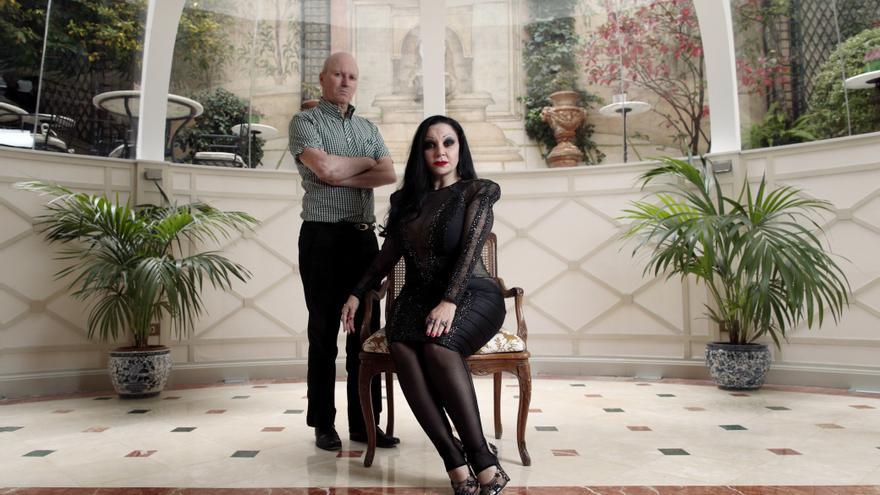 Fangoria is an example of resilience in the music Spanish. They talk about enjoying the present in their latest hit, ‘Absolute Momentism’: “Yesterday tormented me, tomorrow scared me. I only believe in the present moment.” It is your attitude to life. The best way to survive. TOLaska and Nacho Canut have been Fangoria for more than 30 years, and his ‘Pop Existentialism’ seems like the perfect answer to the times we live in: a three-song EP whose title single is ‘Absolute Momentism’, about forgetting the past and not entrusting oneself with too much enthusiasm to the future. In times of social distances and imposed limits, Fangoria’s pop existentialism is a breath of fresh air. Fantasy in its purest form. They show it to us this Friday at Murcia On, and it is a perfect pretext to talk to Alaska. “That’s life, let’s not kid ourselves.” Always so friendly and educational.

The lead single from this latest EP, ‘Absolute Momentism’, speaks of not entrusting oneself with too much enthusiasm to the future. The Carpe diem …

Yes, what happens is that that is life, let’s not fool ourselves. It is not about forgetting the past, it is about that the past has already passed, and it is phenomenal and you do not have to change anything, and how good it has existed because it is who you are. And it is not about not making plans, because making plans means that you are alive, that you have illusion, that you want to undertake things, but knowing that it is not in your hand, that you cannot take the big tantrum when things do not go as you have them in mind, because what is not in your hand has no remedy. Let’s try to enjoy today.

Which is the best way to survive, and more so in times like this …

Now it is true that it seems that we all understand it in a similar way, because the same thing has happened to all of us at the same time for the first time in the history of humanity, and I imagine that that gives a different vision, but to all of us at some point Before this moment it has happened to us that we have been sick, someone has died, we have had to take care of someone, and we have felt the same. What happens is that it is not the same to feel it at home while the world moves on and you have to interview, and then edit, and nobody waits for you, when you have a personal problem and the world does not; no one is waiting for you, and here it turns out that more or less we have all waited for each other.

The world turns, and I don’t know if we have also become more solemn and boring. Crispation, of course, there is.

No, they are cycles. I am old enough to have lived through all these cycles already, and to see how they add up, repeat themselves, change. The song already says Impermanence: nothing, not even tensions, not crises, not culturally brilliant moments, nothing is permanent. Everything is moving.

‘Absolute Momentism ‘is a phrase that you have borrowed.

Yes, because there are people who say things and then you apply them to your day to day. They become part of your vocabulary. We in Fangoria always use a phrase, whether of a real, historical, known or fictional character, to put on the inner sheet of the album, and we find this phrase by Moria Casán, a star, actress, singer, Argentine presenter, a star that we love. They asked her a question about her love life in that case, and she said: “I live absolute momentism”, and that’s the phrase that goes on this album Pop exponentialism, but it also became the song.

A little yes, at least, for us it is what we are, and, you have said, part of our survival, of our character, but as today everything is very short … I mean: if you write in a digital, They ask you not to have more than I don’t know how many words. because if not people don’t read it. You read a headline today and it could be the philosophy for the 21st century, two words.

Where did you get the title ‘Satanism, abstract art and rock and roll’? In the EP you show different versions of the song.

Yes, that came later. The original is ‘Satanism, abstract art and rock and roll’. It comes from an exhibition that was held in Barcelona, ​​which explored the time of the 40s, 50s, when Anton Lavey began to try to propagate Satanism as a philosophy, not as a religion, and at the same time abstract art was reviled because it was considered that the human form had degenerated, and rock and roll begins and also considered a degeneration of music. It is a very interesting moment of cultural history that we like, and that is why we made it musically as if it were a song from that moment, and then the other versions came because we are unable to stay with just one thing, and we decided to experiment with her and do different musical styles.

How did your collaboration with Ana Torroja come about?

After having seen us a few times in Mexico, he wrote me an email: “I have a song that I think could be good for us if we do it together.” And I listened to her, I thought yes, and I said yes. As easy as that. Things are like that, and when sometimes you hear or there is someone who calls you and you don’t feel like it and you say no, or someone who wants you sends you a song in which you don’t see yourself and you have to say no. It is that easy.

With Ana Torroja and Mecano it was said – I don’t know to what extent it is true – that Los Pegamoides had a bad relationship. It is a story of a supposed rivalry from the times of Meccano and Alaska and the Pegamoids.

The story is real between, you said, Alaska and the Pegamoids and Mecano. We were two groups like day and night, completely different, which then, at one point, in the year 82, the two of us became two massive groups. That first rivalry of two such different groups there becomes a mess, because we both have an audience that neither knows about the origins of Mecano or Pegamoides and that likes the songs of the two groups and that’s it, but come on, that the fans So from the beginning they were very clear that either one or the other. And then, our boys, both in Mecano and in Pegamoides, did get along badly with each other, they had also gone to school together, they knew each other since they were little, but Ana and I have never had any problems, and we always tell about it, it was like we maintained a cordiality even as a little hidden from them.

Returning to this EP ‘Pop Existentialism’, it seems to give off a halo very impregnated by the consequences of the pandemic. Has your perception of the world changed a lot for Nacho and you?

There is a nod to techno pop and another to acid house on this new EP. The last thing that suits you the most, what is it? Acid house, which seems like it wasn’t there for a long time …?

For us, in our live concerts he has been very, very present in all these years. Many times we have put instrumental parts that have a lot to do with that music. We have a few pillars: the rock and roll of the 50s, the pop of the 60s, the punk, the post punk, the sinister, the disco music, the techno music, and the acid house as the last great shock that He pushed us to do different things, as different as Dinarama ceased to exist and Fangoria began. It is one of our references, and like many of our references, sometimes it is more present and sometimes less.

Did you miss the concerts? I guess so.

Sure, but you have to think that in a group there is always a year in which you don’t play. In fact, this would have been the year to stop, but it is different when you make the decision than when everything suddenly hangs in the air. Yes one thing has happened: we wanted to play, and the people who organize the concerts, very few people have canceled, and the people who had their tickets bought, very few people have returned them.