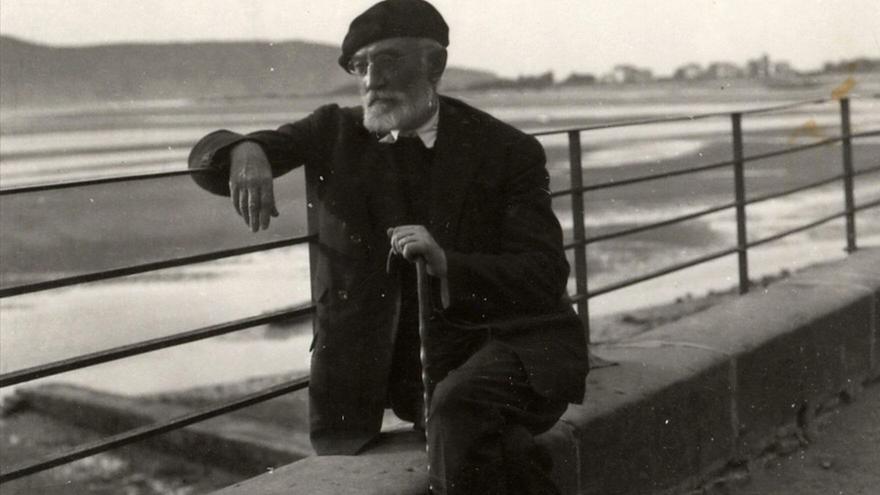 Madrid, Jun 17 (EFE) .- The Caja de las Letras will receive today a legacy "in memoriam" from the writer Miguel de Unamuno, which will be deposited in the safe number 1,695 of the old vault that houses the Cervantes Institute, an act that will be attended by the author's grandson.

The event, which will be held at 7:00 p.m. (CEST), will be attended by Luis García Montero, director of the Instituto Cervantes; Ricardo Rivero, rector of the University of Salamanca; Ana Chaguaceda Toledano, director of the Unamuno House-Museum (Salamanca), and Miguel de Unamuno Adarraga, architect and grandson of the writer.

The Caja de las Letras keeps in its safes more than sixty legacies that since 2007 have been depositing personalities - men and women - of culture in Spanish.

Renowned writers —among them all the Cervantes awards since that year— and prominent names in cinema, art, music, dance, theater or science have left in this old vault of the Instituto Cervantes in Madrid pieces of their life trajectory and professional.

For example, on June 10, the legacy that the filmmaker Luis García Berlanga deposited in the Caja de las Letras in 2008 was opened and an unpublished script entitled "Viva Russia" was discovered, with which the saga formed by "Patrimonio nacional "," La Escopeta nacional "and" Nacional III ". EFE