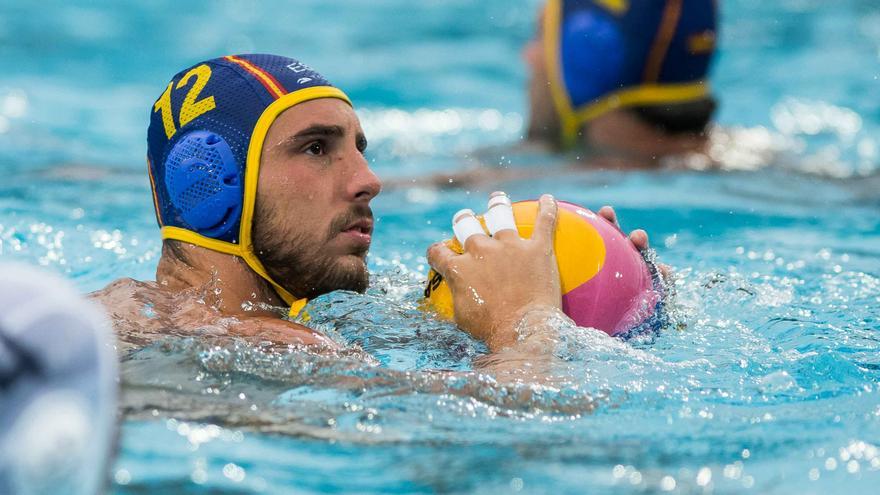 "Between all of us we have made history." This is how the water polo player Víctor Gutiérrez has communicated the decision of the Royal Spanish Swimming Federation (RFEN) to sanction the homophobic insults that he received on April 17 from a rival after the match that faced his team, CNTerrassa, against him CN Sabadell.

The federation has imposed four games of suspension on Nemanja Ubovic and a fine of 200 euros. According to Gutiérrez, this is the first time in the history of Spanish professional sports in which homophobia is formally sanctioned and adds that, now, the world is "a slightly better place" for everyone.

In the statement, the federation explains that, after reviewing the images and through the testimonies collected, it has been possible to prove the homophobic insults during the handshake, at the end of the match, and this represents a serious sanction. Initially, the agency had filed a slight fine.

"For the first time, homophobia in sport will be sanctioned," Gutiérrez pointed out on his Instagram account and added that "it had to be shown that LGTBIphobia has no place." In the publication, the athlete thanked the collective support and the institutions.

A precedent against impunity

In an interview with elDiario.es, Gutiérrez pointed out that these types of situations are recurrent, but that this time he expected a firm conviction, something that has finally occurred. "I have lived other similar episodes. It is true that I have been called a fag on other occasions and games and that when you are at 200 beats sometimes you can say things that you do not feel, I have never wanted to take it personally. But in this case They have not only insulted me in the water, but also outside, "the athlete recalled.

During the conversation, Gutiérrez pointed out the "impunity" of the aggressors and recalled that, faced with this type of situation, one can only be an "accomplice" or "demonstrate a rejection with deeds, not just words."