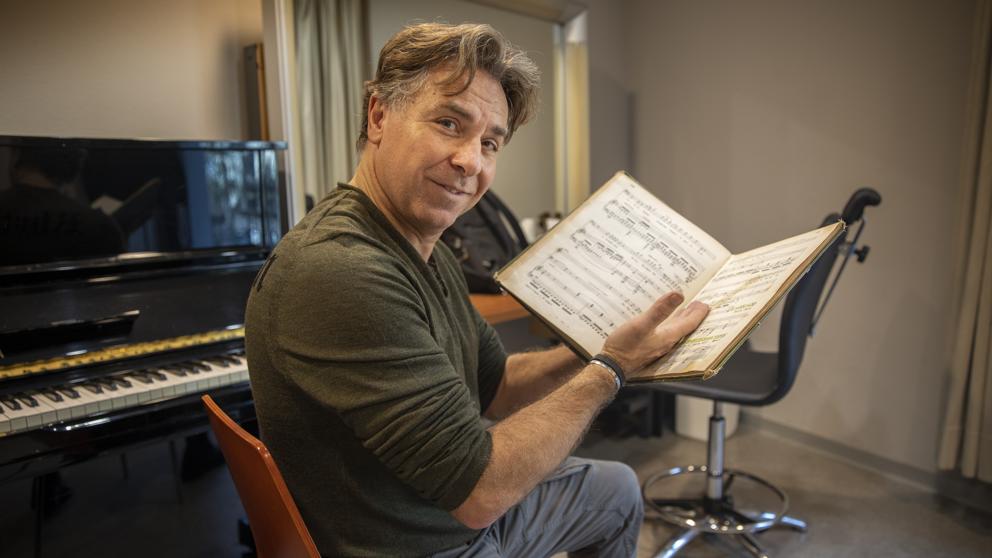 TO Roberto Alagna (Clichy-sous-Bois, 1963) his own success still surprises him. That his career tenor Last 36 years seems like a miracle. And even more the way it has been built: “I have never asked to sing a paper, all have been proposed to me; If I fell in love with music, the character and the rest, I accepted. And so I have sung everything, from a Elisir d’amore

Otello
or
Le roi Arthus from Chauson, which is almost like Wagner, ”he explains in his dressing room at the Liceu. When Covent Garden asked him seven years ago to resume L’elisir After 17 years without singing he said: “Are you sure? If you take a chance, I take a chance. ” In that production he met his current wife, the soprano polonaise Aleksandra Kurzak, who starts tonight Rusticana Cavalleria and Pagliacci at Liceu (until December 20).

“I am not there to overcome challenges and be arrogant. Singing is an act of love ”

You have always been interested in sopranos. Does singing with the couple add a plus?

Yes. I am interested in human feelings, and that is important because if you do something modern you must also use modern feelings. Thus, by reading the story of Verga on which Cavalleria rusticana is based, you see that the victim is Turiddu, a poor man who betrays everyone and still takes blame. He is willing to die and asks his mother to take care of Santa. It is a very noble attitude.

That as for Cavalleria, but in Pagliacci Canio kills your wife out of jealousy and you still understand that as a crime of passion. Is there more chemistry if it is your own wife that makes Nedda?

Clear. Pagliacci is one of my favorite operas precisely because it recreates our profession. There are scenes in which my character laments that he has to recite or sing because the public has paid the entrance and they will be sitting there applauding, but they don't know about their personal problems. It is what happens to artists. Even today I received bad news from my daughter and I had to abstract to work. In Pagliacci reality and fiction are confused, and if my wife is my own wife, the thing is very strange, but very intense.

What does it feel like to be the last great tenoril divo of the twentieth century?

I understand this profession as a continuity, an inheritance that we pass on to each other, I don't like that competition of being number one. That is promotion. The song generates a lot of feeling and I inherit it from previous tenors, as a gift. Because that of the tenors is a world within the community of singers. Only a tenor can understand another tenor, he cannot a baritone, nor a soprano.

The tenor is a recent voice, barely two centuries old. Until then everyone sang naturally and to reach the highs they did it in falsetto, but that of reaching the highs with full voice is new. Gilbert Duprez discovered something, as the turbo engine was discovered in his day. It was like a mutation. And this particularity makes the tenor different. It is always the tenor who has problems, who gets something wrong at the scene. Because it is not a natural voice. He arrived after the castrato, which was also a constructed voice, and perhaps that is why it causes so much expectation in the public.

It doesn't have to be bad. Divo means that you have received a divine gift, but not to do what you want with it. You have to take care of it, otherwise it goes away, like a woman.

You have to be gentle, charming … well, it's capricious. I don't know what it is to be a divo but I know many people more diva than the tenors. For example: journalists. If you are critical of them, you are dead, but they can say what they want about you. Everyone is more divo than the divo, ha ha. I have received this gift to provide emotions, I am not there to overcome challenges and be arrogant, but to share love. Singing is an act of love.

And for that you need to be temperamental like you?

Is my nature. What do you prefer: someone who offers excitement and feelings or someone cold with whom nothing happens? It is better when you are volcanic and have blood in your veins.

He says that he will change some words of Cavalleria rusticana for his original Sicilian, because that's where the plot takes place. Does your whole family come from Sicily?

Yes, I was the first to be born in France. They were immigrants but my parents met in Paris, and my mother tongue is Sicilian, which is not a dialect but a language.

His career has been surrounded by that Sicilian family.

Well, when my first wife with 29 years died we had a girl. I said I left the race to take care of her and my mother refused, they would. They brought her to me often but I missed many moments of my daughter and spent hours crying at home. There was no FaceTime. I spent the day thinking about Ornella, it was impossible for me to see the beauty that surrounded me. When he grew up and started a life of my own, I realized how beautiful Barcelona or New York was.

He just released his tribute album to Caruso. Hard?

Terribly. Not only do you have to sing the arias with your voice but be respectful of Caruso's style, emission, tempo, breathing, etc., which was the best tenor of all time. But I'm happy, the album is good. I started recording it ten years ago and I discarded it, because it was impossible to recognize Caruso and Roberto.

It is passion and sincerity. I don't like to cheat. I never did tricks like resting after the high note or doing a stimbrato without a bell. Although when everything goes well for a tenor it is a miracle.

What happened to that Lohengrin he had to do in Bayreuth?

I don't want to talk about it, I had problems but the biggest problem was the people at the festival, they are very difficult. But I will do it in Berlin, at the Staatsoper, and there is another project to do it in Italy with my wife.

He had not come to Liceu for six years, from Madama Butterfly.


They called me for many things, including The Lady of Spades, but I always had a full agenda.

How many operas sings a year?

No idea. I don't know anything, I'm the opposite of Placido.

What do you think of the accusations of harassment against Placido?

Nothing. Outside the scene I don't know anything.

What do you think is so special about the public of the Liceu?

That here people love opera, vocals and tenors. In Madrid it is different, they are more like Scala, who are waiting to find you the weak point and detect the errors. On the other hand here they can be rude too, but you notice that pleasure of enjoying the theater and redefining the tradition of the singer who give the note, the phrasing … They want the divo. And that is what I like about opera.