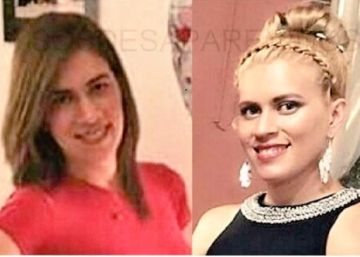 The court of violence against women in Granollers (Barcelona) has ordered the entry into prison of a man accused of killing his partner a year ago. The body of the woman, Vianca Alejandra Roca, 25 years old, was found on the river Congost, which crosses the city, on September 9, 2018. The victim was missing two months earlier, on July 17 of that same year.

The detainee is Joel Pérez, a 28-year-old man, who initially explained to the Mossos that the day of Roca's disappearance, he had argued and she had left the address they shared. Both had a 6-year-old son in common. At that time posters of the missing woman were distributed and the Mossos initiated an investigation.

The prison order maintains that, with the investigation now and in an indicative manner, Pérez killed the woman at two o'clock in the morning on July 17. The woman was two months pregnant, according to the initial statement of the now imprisoned before the Mossos. The man explained that she left home taking all her belongings and without giving any explanation, and attributed what happened to the pregnancy.

The analysis of telephony that has made Mossos locates the telephone of Perez and the one of Rock the day of the disappearance of the woman "in a near point of the place where the corpse was later found". The hypothesis is that both were found there at that time after exchanging calls. In addition, the victim's mother identified the piece of cloth that covered the woman's body as part of a sheet she had at home. Both elements "are decisively determinative of the participation of the investigated in the death" of Roca, the judge's order sustains.

The ex-husband of the accused brother also explained to the Mossos that he showed up at the house two days after Roca's disappearance and gave his brother a briefcase. "He asked him to keep it because it contained documentation and objects that he did not want the police to locate," the provisional arrest warrant states. Finally, the police suspect that Perez kept the victim's phone and again at home sent a message to her mother and aunt, recorded hours before, when the woman had already died.

The man was arrested on Monday and this Wednesday went to the disposal of the court of violence against women in Granollers, as reported Thursday by the Catalan police. The judge decreed his admission to prison, communicated and without bail, for a crime of homicide in what is a new case of sexist violence.

Since 2003, the date on which official statistics on dead women at the hands of their partners or ex-partners began to be developed, more than 1,000 women have been killed. The victims of this type of violence have a free phone to call, the 016, which leaves no trace on the telephone bill.