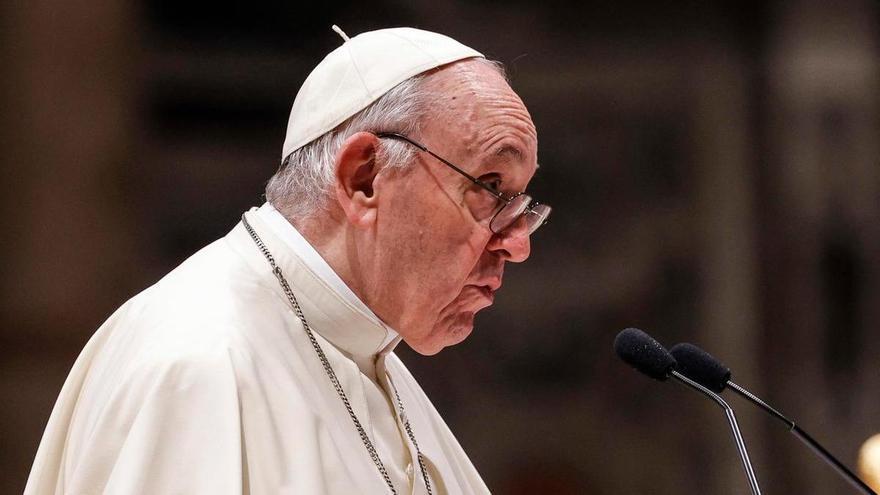 Pope Francis has criticized sexist violence this Saturday. In his first mass in 2002, he assured that hurting women is "outraging God" and has asked for more protection for them in today's societies.

"How much violence there is against women. Enough! To hurt a woman is to outrage God, who took the humanity of a woman," Francis said in the Vatican's St. Peter's Basilica.

In this Saturday's homily, the Pope addressed women and mothers, and assured that they have an "inclusive look, which overcomes tensions by preserving and meditating on the heart." "It is the look with which many mothers embrace the situations of their children. It is a concrete look that does not get discouraged, that does not stop at problems, but rather places them on a broader horizon."

Francisco recalled that mothers "assist a sick or difficult child" and stressed the love in their eyes, "who, while crying, know how to communicate reasons to continue waiting." Mothers, he remarked, "know how to hold the threads of life together" and that is why they are essential in today's world, because they are "capable of weaving threads of communion, which counteract the barbed wires of divisions, which are too many."

He has also praised that "they do not look at the world to exploit it, but to make it have life" and "they manage to keep dreams and the concrete together, avoiding deviations from aseptic pragmatism and abstraction."

In his homily, the Pope has also cited the need for people to face problems with patience, keeping faith and meditating.

Sometimes, he has assured, "we hope that everything will turn out well, but suddenly an unexpected problem falls like a bolt from nowhere. And a painful conflict is created between expectations and reality. It also happens with faith, when the joy of the Gospel is put to the test by a difficult situation that we have to go through ".