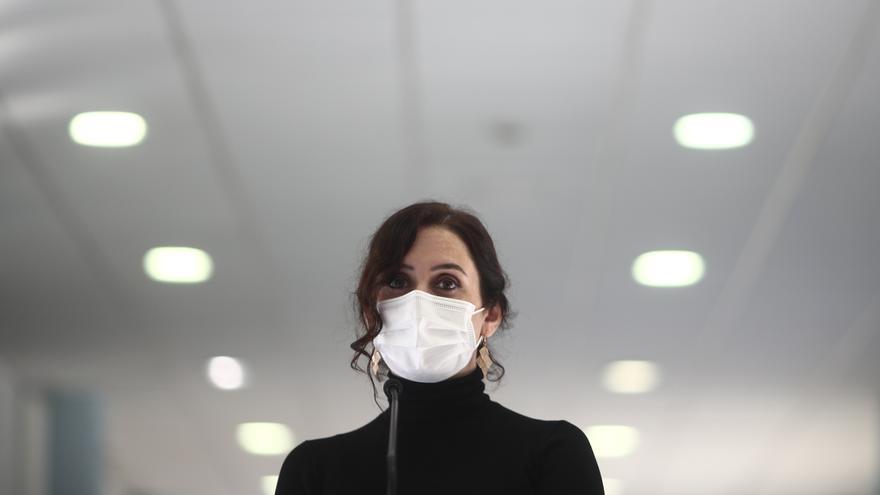 The president of the Community of Madrid, Isabel Díaz Ayuso, has been opposed to advancing the curfew in Madrid as proposed by other autonomous communities. The leader of the PP has defended this Tuesday that “to further ruin the hospitality industry in Spain” as well as businesses, private initiative and so many families, with her that “they do not count.” The Madrid president responded to questions from the press regarding the open debate in different autonomous communities about whether it is necessary to advance the curfew due to the rise in infections throughout the country and the increase in admissions to the ward and ICUs in hospitals.

“To ruin even more the hospitality with me that they do not count,” he said. And he has concluded: “I cannot be clearer.” Ayuso has also assured that “numerous illegal parties and lack of inspections” are being detected and “they cannot pay just for sinners.” He Regional government has already advanced the curfew at 11 p.m. and the closure of the hotel business at 10 p.m.. His government is now considering banning social gatherings in homes.

In statements to the media, at the María Soriano Public Center for Special Education in Madrid, the Madrid leader has indicated that she respects the autonomy of the communities. “Since there is no strategy as a country in the face of the pandemic, since we have thrown the management of it behind our backs, what I ask is respect for each community to apply the measures it deems appropriate,” he said.

Ayuso, however, has argued that in her case she will not “ruin these most affected sectors” but will continue working on her strategy of increasing antigen testing. The Madrid president has valued that the region has the Isabel Zendal Nurse Hospital, which is there to “decongest” the rest of the hospitals and have more capacity to “continue combining economy and health”, despite the fact that it does not have operating rooms and they have hired more health workers to open it.