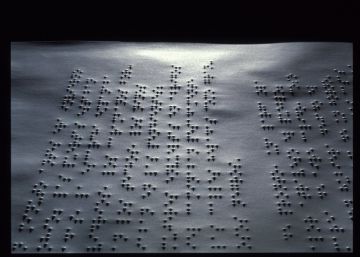 70 years ago, in the summer of 1949 (austral winter), Borges published one of his best-known books: The Aleph. The story that gives it a title tells the discovery of a point in space – "two or three centimeters" – that contains all the points, the entire cosmos. But rather than about physics or metaphysics, the story is about death. In fact, it starts with terrible evidence: life goes on. Beatriz Viterbo has been buried for a few days when in the Plaza Constitución in Buenos Aires they renew a cigarette advertisement. "The fact hurt me," the narrator notes because he realizes that "the incessant and vast universe was moving away from her and that this change was the first in an infinite series." Thats why he Blues of Auden, famous for Four Weddings and a Funeral, start asking for the watches to stop.