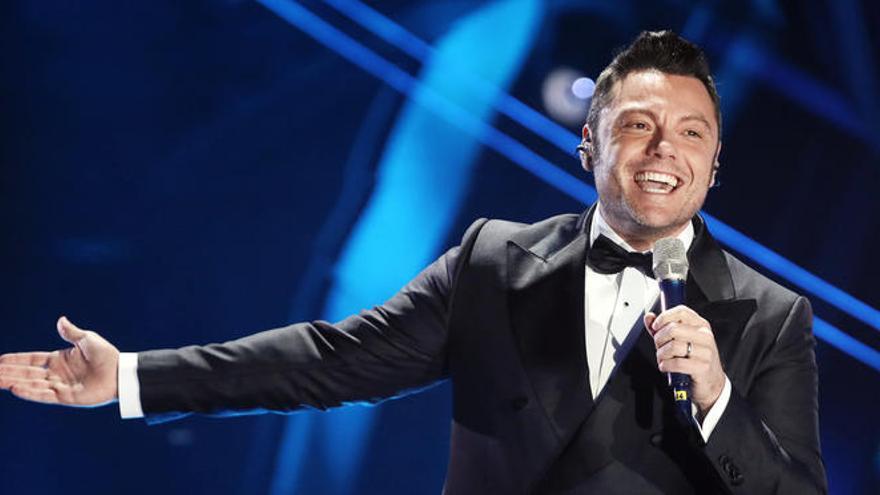 Alcoholic, bulimic and gay ... the greater was the musical glory of Tiziano Ferro, the music industry tried harder to hide the reality of this Italian bestseller, as he confesses in a documentary in which he also exposes how he managed to take back the reins of his life and his career.

"In Spain and Italy they do not talk about alcoholism and that allows it to hide very well," laments the musician in a talk with the Efe Agency before a theme that he has developed openly in 'Ferro', the production already available on Amazon Prime that was born "out of the urgency to share the truth."

And he specifies: "Not for being a hero, but for grab my most authentic part and free myself from this weight"." I love the idea of ​​hugging a scar, exposing it and turning it into a superpower, because it is true and real, for applauding the desire to solve and not to hide sin, "he insists.

The story does not start the first day he had a drink (which happened on his first tour, he says), but in his adolescence, victim of bullying for being obese (He weighed 111 kilos, a figure that entitled his second album) and not masculine enough by the standards of his environment.

For his talent as a songwriter and vocalist, Ferro (Latina, 1980) was signed very young by a company that did not finish betting on him as a marketable soloist until he lost weight, no matter how he was getting it, and that's how his debut came, "Relative Rosso"(2001), which made him a celebrity.

"I became a super famous person at 21 years old, but at that age you don't know who you are, especially if you come from a small city like mine, built by the action of Mussolini and in which I had never heard of equality or respect. I grew up without knowing who I was, because there were no people like me who told me that this was fine and that the important thing was to be honest, "he says.

As told in the documentary, the company wanted to silence any possible rumor about Ferro's sexual condition and even commissioned a person to open his suitcases and determine, for example what clothes could not wear for being "too gay".

"The music industry did what it did and it is easy to blame others, but I prefer to speak of a concurrence of blame. Mental manipulation finds space if you give it to it and I was not ready to reaffirm myself. It gave me up because it looked at me. mirror and I thought it was not right", says Ferro, who says that the person who opened the suitcase is now one of his best friends.

Ferro's addiction to drinking increased and, "with the liver on the verge of cirrhosis"He realized that he could not stop, but few dared to sound the alarm.

"In countries like Spain and Italy, drinking is part of society and it hides. I think that many people saw me in difficulties; I ended up in hospitals, accidents or extreme situations, but no one ever dared to tell me that he still had a problem, "he recalls.

But 'Ferro' is not only a story of fall from grace, but also about his return from the abyss, his rehabilitation and his happy marriage last year with the American Victor allen after betting on the truth.

"The truth frees you from being bipolar forcibly. And if you save yourself, you can save other people. The artists who have changed my life are those who have given themselves up to their blood and I wanted to be one of those who have created controversy but with their music and their words, without fear, "he says.

He currently works as godfather of other alcoholics in Los Angeles, where he resides, being very clear about the bases of recovery. "First, understand that you have a problem and, second, get out of isolation, because in aid groups it is often said that you are sicker the greater your secret and the more you think you can handle it," says Ferro, for whom also you have to know "ask for forgiveness and seek support in the others".

He relates that therapy helped him understand that "all he wanted was love and that, for this, he had to surrender to the world and ask for it." "At the age of 27, at the height of my problem, I looked at myself in the mirror and realized that I had never really experienced love due to lack of self-esteem and denial, "he adds. And so, in 2010, a few months after Ricky Martin, the singer spoke openly of his homosexuality.

"Everything helps, because if we don't have examples, we don't have mirrors so that we don't feel alone. We live in a world in which the weight of civil rights is not valued enough, but I hope that my generation is the last to have experienced hardship. of an excessively homophobic regime, "he wishes, while following the outcome of the US elections with interest.