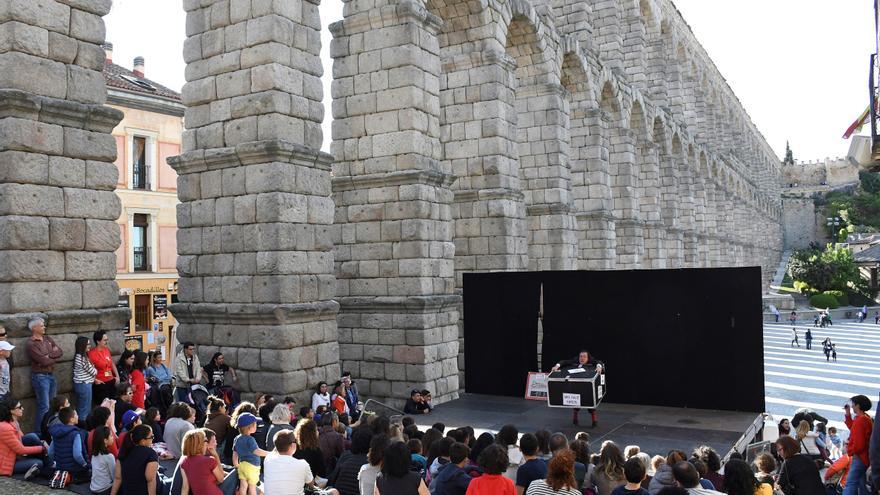 The Titirimundi company this Wednesday was awarded the National Award for Performing Arts for Children and Youth for being “an indisputable reference in the world of puppetry and theater for children and youth” and for its “constant commitment to quality, artistic creation and capacity for generational renewal “.

This has been highlighted by the jury of this award granted by the Ministry of Culture and Sports through the National Institute of Performing Arts and Music (INAEM) and endowed with 30,000 euros.

The jury has awarded this award to the Titirimundi Festival of Segovia “for having managed, after 35 years of uninterrupted existence, to turn the Festival, the puppet theater and Segovia into indisputable references in the world of puppetry and theater for children and young people at both the national as well as international and for its firm ties with civil and educational society ”.

Likewise, the jury has underlined its “constant commitment to quality, artistic creation and its capacity for generational renewal, while maintaining the indisputable legacy of its founder, Julio Michel”.

The Titirimundi International Puppet Theater Festival was born in Segovia in 1985 with the firm desire to revitalize Segovian artistic life.

Throughout its uninterrupted trajectory, Titirimundi has displayed a variety of emblematic shows that cover the diversity of the puppet theater each spring through the locals and streets of Segovia.

Some proposals that go from the street to the most intimate object theater and where traditional creations are mixed with the most avant-garde manifestations.

Since its inception, a total of 979 companies from 56 countries have presented their shows, aimed at both adults and children, who have witnessed the transformation that puppet theater has undergone in the last three decades.

The festival that, despite health restrictions, has continued to develop in the last two editions with a smaller format and without street performances, in its 2019 edition, it brought together some 40,000 spectators in the city of Segovia.