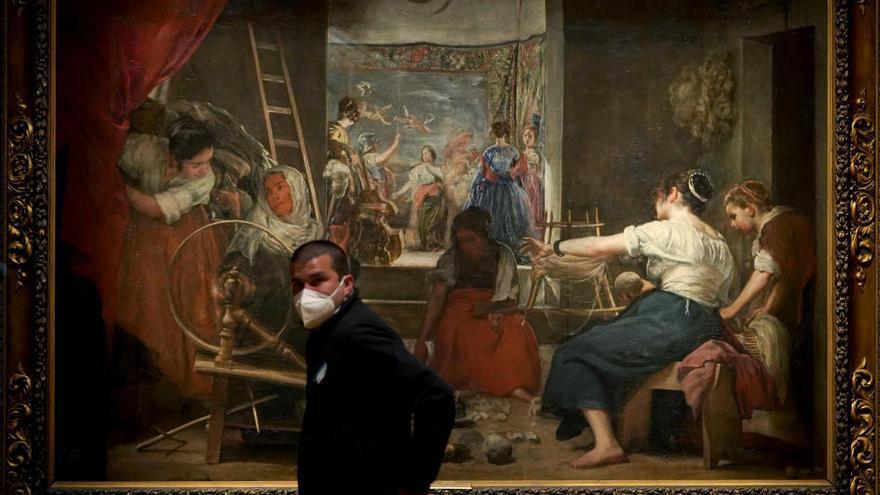 “Mythological passions”, which opens this Tuesday until July 4 at the Prado Museum, is “the dream of any art historian”, in the words of its curator Alejandro Vergara, who signs the exhibition together with the director of the art gallery, Miguel Falomir, a specialist in Titian.

Although it is only made up of about thirty works, it is a historical exhibition for many reasons. The six “poems” that Philip II commissioned from Titian are seen face to face for the first time in Madrid since the 16th century: it is a set of works fundamental to the history of western art.

Until recently the exhibition would not have been possible because one of the works, ‘The rape of Europe’, from the Isabella Stewart Gardner Museum in Boston, was prohibited from leaving the country, and another of the works in the series was not attributed. Both issues were solved a few years ago and when everything seemed to be ready for the project, the pandemic arrived.

The show, initially scheduled for last year, was postponed. Along the way, one of the participating museums canceled its contribution due to lack of budget and the exhibition, which began its journey at the National Gallery in London, was confined twice and has been closed longer than open.

In addition, a planned work has not been able to travel due to restrictions, but is expected to arrive in a few weeks. “These are not easy times to mount an exhibition of this type, we are very grateful”, has summarized Miguel Falomir, director of the Prado.

The exhibition presented by the Madrid museum gathers the six paintings in the same room, all a waste of lust, scenes of love, heartbreak and death, which Titian painted between 1553 and 1562 for Felipe II. The monarch gave him a wide sleeve so that he could paint whatever he wanted and the result could not be more shocking.

Europa on the back of Zeus turned into a bull, before being raped, Venus trying to prevent, unsuccessfully, the death of her beloved Adonis; Danae on a naked bed while a golden shower of coins falls, or Perseus descending from the skies to rescue Andromeda from a terrible monster.

They are all large-format works and with women, naked or semi-nude, as protagonists. It is not difficult to imagine why these paintings used to be placed in special rooms for the enjoyment of monarchs.

Titian gives “the best of himself” in these paintings. Mythology was the perfect terrain to unleash technique and imagination, which were rarely the object of supervision by The Inquisition, Falomir recalls.

The exhibition that the public will be able to see in Madrid from tomorrow is different from that of the National Gallery and the one that will travel to the museum in Boston. In both, the proposal is reduced to the six “poems” alone. The Prado has given more depth to his proposal and accompanies the great series together with works by Veronese, Poussin, Van Dyck, Rubens and Velázquez.

Titian’s “poetry” greatly influenced writers such as Shakespeare, who is inspired by his “Venus and Adonis” for the poem of the same title; and an artist like Velázquez, who paints “The Rape of Europe”, in the background of “Las Hilanderas”, also in the show. “Velázquez comes to say: I belong to a pictorial tradition, that of Tiziano and Rubens, and I am its culmination”, explains the director of the art gallery.

Those who cannot travel to Madrid will be able to see the Prado exhibition on its website, in about two weeks, thanks to a virtual exhibition that will be paid for the first time. The cost will be 2.5 euros, the same price as the museum’s audio guide and which follows the example of other European art galleries, such as the National Gallery, to obtain resources.