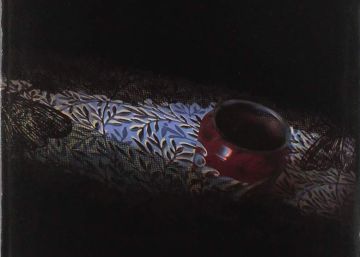 Softly riverside, Generation Award of 27, is enrolled in a path that authors such as Vicente Gallego, Basilio Sánchez or the long-awaited Antonio Cabrera have traveled. The alloy between observation and introspection is projected here on a perishable world that still seems to be governed by seasonal cycles, the score of silence and the cadence of slowness (hence that affiliation with the slow poetry, as baptized by Aurora Luque on the back cover of the book). In these verses they discuss the spectacle of nature and the proverbial wisdom of haiku, which is formulated as a watercolor brushstroke or pantheistic prayer: “autumn air, / crumbling rock, / shore tree: / gently riverside / as time passes “

However, the evanescent images are placed at the service of a fable about transience in which classical mythology converges – Ulysses’ return to Ithaca becomes a recurring motive – and particular devotions, fleeing cities and uninhabited towns that They update the scenery of the ruins. Within that geographical and existential nomadism, perhaps the most striking section is the one in which we hear the lapidary voices of those who question the walker from the aftermath to offer him a biographical confession or a moral warning, in a sort of Leonese Spoon River. Yes in his famous Spoon River anthology, Lee Masters rebuilt the collective identity of a hypothetical town in the North American Midwest from the spectral testimonies of its former inhabitants, also in Softly riverside there is some exorcism for a space with designation of origin that has lost its pulse against the developable land.

Faced with the apotheosis of inorganic matter, he claims unfinished orchards, the tiny life of insects, the flight of pigeons (“calderilla del aire”) and even the municipal gardens that involve a graft of the field in the asphalt jungle. Although this writing is braided with the eternal topics, the poet manages to circumvent the shadow of the let lu thanks to an exercise of contemplative activism that reminds us that we are a footnote in the book of nature.