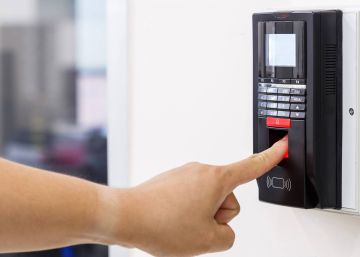 The Audiencia Nacional considers that a company that has installed daytime control systems can deduct the minutes of its employees from the payroll of employees who have the right to be compensated for delays. for other periods of work, not even when the agreement sets a day in annual terms. In a judgment, the Social Chamber of the National Court dismisses a claim filed against Atento by the CGT (General Confederation of Labor).

"There is no worker's right to have their individual work redistributed once fixed because of unjustified delays," says the ruling, which states that "such irregular distribution of the day is a business faculty."

The ruling comes in the midst of the revolution that has caused the obligation for all companies to record the daily work of their employees. Strictly speaking, since May 12, those companies that refrain from doing so risk being sanctioned by the Labor Inspectorate with fines of up to 6,250 euros.

Almost two months later, however, the registration of working hours continues to be a source of serious headaches for both companies and unions, given the difficulties in putting it into operation. A context in which the ruling in favor of Atento gains interest.

The CGT filed a lawsuit (to which CC OO, UGT and other unions adhered) against the call center company for discounting directly from the payroll of its employees the equivalent to the time of the delay, in addition to punishing them when this habit was repeated. .

The union demanded that the employees affected be paid the compensation retained by the company and criticized that they had not been allowed to compensate for delays with other periods of work, as is the case when an employee extends his or her work beyond what is established because call that is attending lengthens.

Atento keeps track of the day through a system of time control and registration installed at the entrance of the company to verify both the incorporation and exit of employees. From there, there is a courtesy time of between 1.5 and 3 minutes from the time the worker registers until he is placed in his job.

The company argued that the time not worked is deducted from the daily work, and not monthly as the CGT maintained, and justified not having allowed to compensate for the hours lost with additional work due to the difficulty that would involve marrying it with the campaigns carried out for third parties.

After analyzing the agreement of Atento and the applicable regulations, the judges conclude "that although the agreement establishes an annual calculation of the working day, the irregular distribution of the same is granted to the employer" both by the agreement and by the Statute of Workers, because "it is a fault that derives from the power of management and organizer of work".

On the other hand, according to the judges, that compensation "would imply making the worker worse off than a worker who, after giving notice, is absent from work for a few hours under Article 29 of the Convention, who loses his right to retribution in relation to that without any justifying cause. he's just late for his job. "

"The fact that the company and the workers' representation subscribed (…) a compensation system for those periods of time in which the last of the calls attended during the shift extends beyond the end of the shift, not it forces the employer to give the employee a job to compensate for his late incorporation ", say the judges.

The ruling is appealable before the Supreme Court.

Registry. The company's time control system is carried out through the signing of each worker at the entrance and at the exit with his personal identification card.

Machine. The machine that registers the entries is at the entrance of the work centers and dumps the data into a computer application. The average time it takes a worker from the entrance until he connects at his workplace goes from a minute and a half to three minutes depending on the workplace.

Discount. The company deducts in the monthly payroll the period in which the worker is absent from his position (including minutes for lack of punctuality, which are computed each day and added up each month), provided that the absences are unjustified or justified without the right to retribution