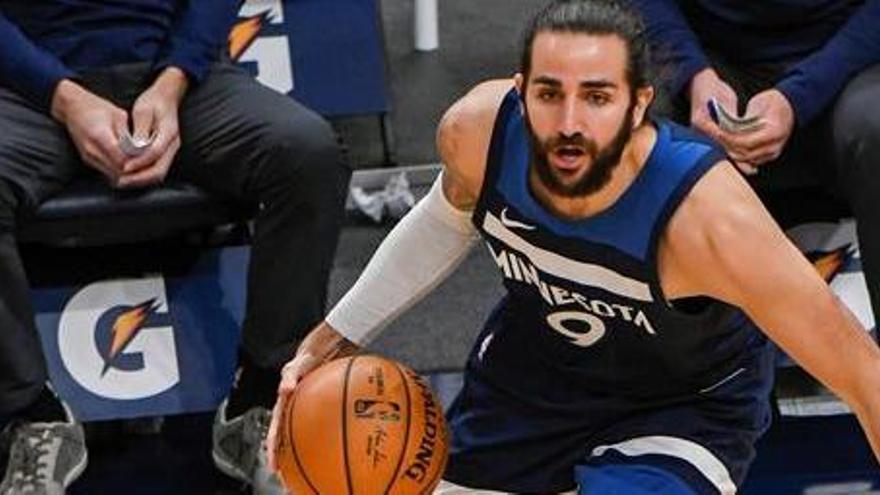 The good performance of Ricky Rubio and Karl-Anthony Towns was insufficient to prevent painful defeat of the Timberwolves against some Indiana Pacers who had their best man in Domantas Sabonis by getting a triple-double with 36 points, 17 rebounds and 10 assists, the top scorer of the Lithuanian-American center’s career.

Rubio finished the game, which was decided in overtime, with 20 points (his best performance this season), 13 assists and 1 steal, while the Dominican-American center Towns finished with 30 points, 10 rebounds, 1 assist, 2 steals and 2 blocks.

The Timberwolves were hoping to get back on the winning track after losing Tuesday at the Target Center in Minneapolis to the Los Angeles Lakers. Despite falling to the current champions of NBA, Minnesotans have shown a best game in recent games, especially since Rubio has added minutes and the loss of D’Angelo Russell has assured him the starting position.

In Minneapolis sports commentators are already talking about the “renaissance” of the Spanish guard, who started the season out of shape and with difficulties to score. But Rubio is regaining confidence in his game and the team is noticing it.

On Wednesday night he scored 3 of the 6 triples he tried, the 5 free throws he won and 2 baskets of two. But above all he distributed 13 assists, some of them with the flavor of the best Ricky to the delight of the Wolves fans.

From the first minutes of the game, Rubio deployed his weapons. His first shot to the basket was a triple, which he scored to put a 5-7 on the scoreboard. And his next play, after picking up a defensive rebound, was an assist to Towns for a 7-7 tie.

The two teams seemed to have equal strength and weren’t able to distance themselves from the scoreboard until the Pacers endorsed a 0-9 partial in one minute, which left the score 17-25 with 4 minutes remaining in the first quarter.

It seemed that the Indiana were willing to sentence the game soon, but a reaction from the Timberwolves bench, with center Naz Reid, point guard Jaylen Nowell and forward Malik Beasly, allowed the first 12 minutes to end with the Pacers only 6 points ahead, 33-39.

The second quarter, the tables turned. Reid started the period with enthusiasm and in just under 90 seconds he scored 7 points, which tied the game 44-44 with 10 minutes remaining.

Up front, Sabonis was the one-man band: he bounced, scored from the paint, threw assists and stole balls. But even so, the Timberwolves began to take off the scoreboard thanks to the players on the bench.

Sabonis went to the locker room as the most effective man of the game, with 20 points and 8 rebounds, while his teammate Malcom Brogdon accumulated 14 points, 3 rebounds and 5 assists.

For the Wolves, the leading scorer in the first half was Beasley, with 15 points, followed by Towns and Reid, with 14 points, and Rubio with 10.

After the resumption of the match, the two teams were carried away by the rush. The young Wolves squad, the newest in the NBA this season, forgot to play as a team and players like Edwards or Jaden McDaniels accumulated sterile individualities.

The result was that Rubio’s team and Juancho Hernangómez, who did not play for a single minute today, scored only 19 points in the third quarter. But luckily for the Minnesotans, the Pacers caught the same disease and scored even fewer points, 17.

With a 92-86 on the scoreboard, the fourth period began. In a few minutes, the Wolves were 10 points ahead, 98-88, the biggest difference in his favor in the whole game. But just as quickly, they lost their minds.

The Pacers scored 14 points while the Wolves only made 2 and with 6 minutes remaining, the game was 100-102 for Indiana. The Wolves reacted thanks to a series of assists from Rubio to Edwards first and Towns later, which made it 121-116 with 58 seconds remaining.

A triple by Jeremy Lamb and two free throws by Sabonis left the game 121-121 with 11 seconds left and with the ball in the hands of Edwards who saw his triple in the last second being spat out by the rim.

In the extension, the Wolves were unable to maintain their effectiveness and only made 7 points while the Pacers got almost double, 13.