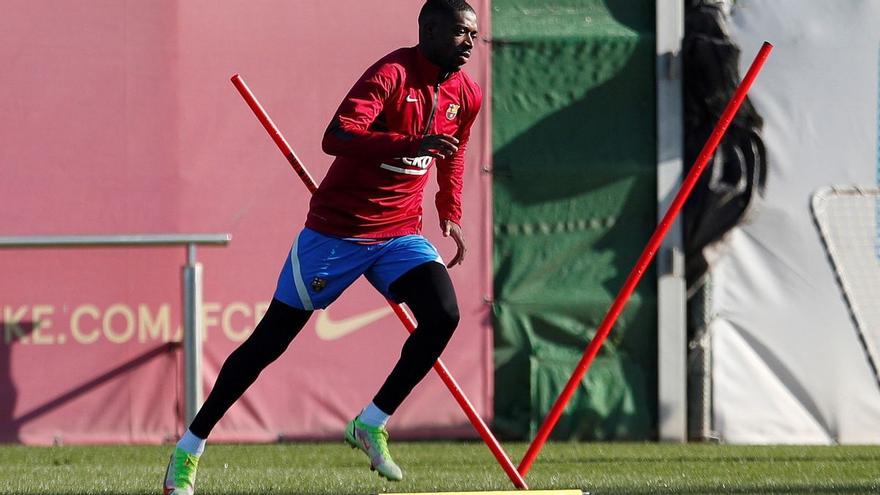 The bad news does not stop Barça, to the beat of contagions. Three more players have given positive of covid-19 after restart of workouts. New patients are Ousmane Dembélé, that he did not go to Sant Joan Despí on Tuesday with a picture of "general malaise" that invited to suspect that he had fallen due to coronavirus, Samuel Umtiti and Gavi.

The three football players they have been isolated in their homes following the established protocol. All three are doing well, with very mild symptoms, as reported by the club. But, based on the sanitary standards, could not play this Sunday against Mallorca, increasing the number of casualties to very worrying figures for Xavi. At the moment, there are 15, more than half a staff.

Umtiti, for the second time

With Dembélé, Umtiti and Gavi are already seven positives in the locker room, detected in just 48 hours. The day before, Clément Lenglet, Dani Alves, Jordi Alba and Alejandro Balde had fallen. The six injured (Sergi Roberto, Braithwaite, Dest, Memphis, Pedri and Ansu Fati) will not be able to play either, unless one of them is released, nor the two sanctioned (Busquets and Gavi). Not counting, of course, Sergio Agüero, who has retired due to a heart condition.

Umtiti suffers from the disease for the second time. The central defender was infected in August 2020 and it was the first case of the template, along with another French, Jean-Clair Todibo. In December of last year Sergi Roberto fell ill, after Miralem Pjanic, that is no longer in the Barça squad.