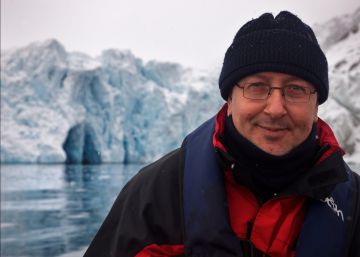 Coral reefs die at an unprecedented speed, oceans are acidified, overfishing near species … Seas and oceans have become one of the most disturbed and depressed ecosystems of the world for humanity and climate change. These are the problems faced by the three marine biologists awarded on Tuesday by the BBVA Foundation Frontiers of Knowledge in the category of Ecology and Conservation Biology: Carlos Duarte, Terence Hughes and Daniel Pauly.

The Spanish Carlos Duarte, head of the Tarek Ahmed Juffali Chair in Red Sea Ecology at the King Abdullah University of Science and Technology (Saudi Arabia), has demonstrated the importance of oceanic and mangrove grasslands as carbon dioxide sinks -the main greenhouse gas- and to curb the effects of tsunamis or storms on the coastlines. He considers them “the hidden forests of the biosphere”, because “although they represent 0.2% of the area of ​​the oceans, they are responsible for 50% of the carbon that is buried in marine sediments.” Its ability to fix this gas exceeds that of the Amazon. “One hectare of Posidonia prairie in the Mediterranean is equivalent to 15 hectares of Amazonian pristine forest in terms of its ability to fix carbon,” he explained after learning that he had received the award. The effectiveness of these barriers as a defense was demonstrated in the Indian Ocean tsunami of 2006, in which almost 250,000 people died. “The areas where there were mangroves and underwater meadows practically suffered no human mortality,” he said.

This evidence has contributed to a change in attitude in many countries where previously no attention was paid to these habitats and where “they are now the center of attention.” Which leads to the existence of a greater interest in the Blue Carbon Initiative -the term he coined-, a global program that aims to mitigate climate change by restoring threatened habitats. Increasing awareness of the importance of these ecosystems, has caused them to begin to recover mangroves in the Red Sea.

Terence Hughes, world leader in coral reefs and director of the Center of Excellence for Coral Barrier Studies at James Cook University in Australia, warned in the early 1990s of the degradation that these fragile ecosystems were suffering. The Great Australian Barrier Reef is in a critical situation due to rising temperatures. However, the scientist and activist considers: “It is not too late. The window of opportunity to save coral reefs is still open, but it is closing rapidly, so we cannot waste more time and we must act now to reduce polluting emissions.

His research has revealed the impact of coral reefs as a result of warming and acidification of the oceans, pollution and diseases. And he warns that they are not just “beautiful places where people with financial resources can go to enjoy their vacations. We must not forget that there are 400 million people who depend on them for their food security and well-being.”

Daniel Pauly, professor and founder of the Sea Around Us project at the University of British Columbia in Canada, has focused on the decline of fish stocks worldwide. His work has revealed the seriousness of the loss of marine biodiversity, revealing data that is overlooked in statistics such as artisanal fisheries and discards, which worsen the global overfishing figures. For this he has developed computer tools such as the encyclopedia on-line FishBase, the largest digital fish database with information on 34,000 species. Pauly believes that the impact of fisheries on marine systems is above that of pollution. Thanks to a powerful computational method, it has shown that fish move to the poles at a rate of five kilometers per year. The situation is so serious that “it is causing the oceans to lose their ability to provide us with food,” says Pauly, who also believes that there is still time to act.

Trans collectives celebrate the “unblocking of the knot” of the law