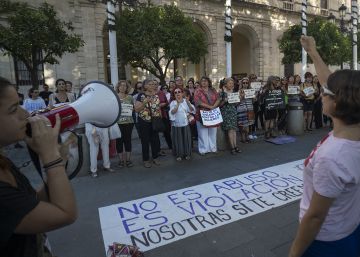 Three men were arrested on Sunday in Blanes (Girona) accused of a group rape. A young woman, about 25 years old, reported that she had been sexually assaulted inside an address of the town. After testifying before the judge, the three defendants have been released with charges, their passport has been withdrawn and they have the obligation to appear before the courts every 15 days.

The events happened early in the morning from Saturday to Sunday, after the girl coincided with those arrested at a party in the city. Later, she went with them to a home where they allegedly locked her in a room and sexually assaulted her.

The woman managed to ask for help at 112, told what had happened and was transferred by the agents to the hospital in Calella. That same Sunday morning, the local police in the city arrested two of the accused and in the afternoon, the Mossos d'Esquadra arrested the third party.

The three detainees are originally from Cuba, two 19 years old and the third, 54. The two youngest live in Blanes, just like the victim, while the oldest man resides in the nearby municipality of Arenys de Mar.