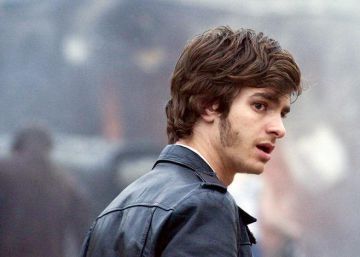 The black genre has always been at odds with this profession. Trawlers, nosy, with an ethic at least debatable, quarreled with the police or the detective whose investigation they torpedo with their exclusives, journalists do not enjoy much prestige in the black genre. But, before they come upon me with examples to the contrary, I bring you three. They are not three saints, their ethics are not bulletproof, but they are immense characters and they all complicate life and death in pursuit of the truth. Not so bad, is it? Come in and read.

Mike Dolan, hard boiled in vein. When Horace McCoy finished Shrouds have no pockets all the publishers in the United States to whom he sent the novel rejected it and it was published in England (1937) before a softened version reached his country in 1948. If one wonders why this reluctance at a critical moment in publications pulp Y hard boiledWhen violence in the detective story was a common ingredient, you may find it in the plot. Fed up with the submissive press, Dolan starts the war on his own, founds a weekly and begins to annoy. The first lines of the novel make clear the ethic of a character that we soon know will not go well: “When they told him by phone that the director wanted to see him, Dolan knew that this was going to end badly. He climbed the stairs thinking that no newspaper had guts and wished he had lived in the days of Dana and Greely, when a newspaper was a newspaper and motherfuckers and the devil with the consequences were called sons of bitches. He would have loved to be one of those old-time reporters. ” If we ignore the cantinela, still in force, of any time spent in journalism was better, the beginning gives us an idea of ​​the type of character that stands before the reader. Their fight is destined for material defeat and moral victory. And the crime? Well, as it happens in other works by McCoy or, for example, by James M. Cain, anywhere in life.

Porter Wren and the dark soul of New York. We radically changed style to introduce Porter Wren, a brilliant, cynical, and successful journalist who stars Manhattan Nocturne, one of the best novels by Collin Harrison, a book that Navona has just recovered in Spanish and that does not deserve to continue to go unnoticed. Wren descends, or so he claims, from the lineage of Gay Talese and Tom Wolfe, but passed by the evil nuance. In Manhattan NocturneAs in all of Harrison’s works, a liberal upper-middle-class professional in New York, in this case Wren, finds himself involved in a criminal plot that turns his life upside down. The protagonist is a cynic, but also a journalist who knows how to do his job, a sensational newspaper star who searches for news for his column on the dark back of New York. Through his eyes and his problems, Harrison shows us another city, unravels the intricacies of the profession and, by the way, gives us an impeccable criminal plot.

Eddie Dunford, poor obsessive idealist. I have left for the end my favorite, the paradigm of the greatness and the miseries of the profession led to criminal fiction. Dunford is the star of 1974, the dazzling first installment of Yorkshire Quartet, by David Peace. As obsessive as its creator, this is a young journalist who searches for his opportunity and finds it in the holes he discovers in the investigation of the murders of a series of prostitutes in Yorkshire. In his inquiries he will go to the bottom of the matter and misunderstanding and frustration will take its toll. The character’s interior, his craving for truth, his rebellion and his strength make him unforgettable. His nemesis at the beginning, Jack Withehead, that old journalist, that expert in floating in the stormy waters of power, is the perfect complement, a character who will grow later in the plot until he also becomes beloved, indispensable in my memory.