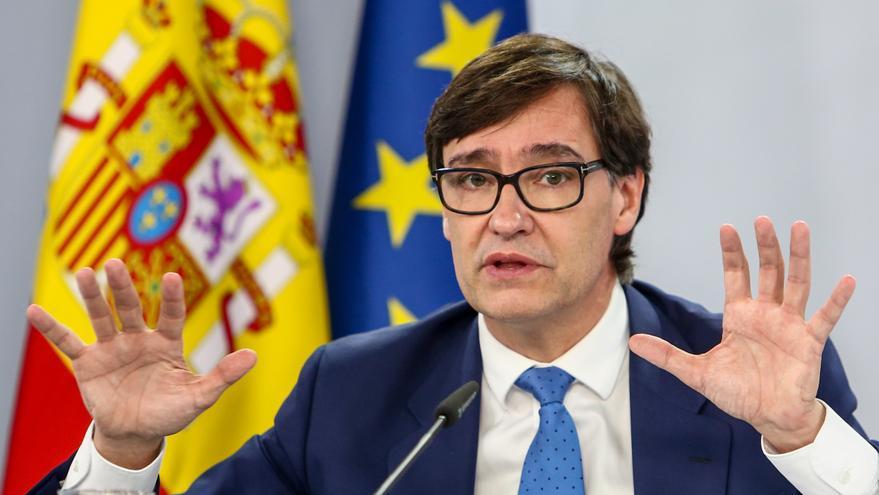 Castilla La Mancha, Castilla y León and the Valencian Community have asked the President of the Government, Pedro Sánchez, to declare a curfew to stop the advance of the virus. Other communities, such as Galicia, do not see it with bad eyes on the condition that its legal coverage is defined and even that it is called something else. The duration and validity will be something that is dealt with in the Interterritorial Council that is held this Thursday afternoon.

It was the Community of Madrid that put on the table the possibility of imposing a curfew this week, although it has not formally requested it to the Executive. However, the Minister of Health, Salvador Illa, did specify that this measure would require an agreement with all the autonomous communities and a state of alarm approved in Congress. Health has modified the draft of the measures to include these "exceptional" option in the most serious cases of COVID-19 transmission level.

In the last hours, despite having been the main stumbling block in the negotiations in the Interterritorial Council, several regional governments have opted for this solution. The first to speak was the Generalitat of Valencia, where Ximo Puig would even consider extending the curfew until December 9. The nighttime restrictions would include the hours between midnight and 6 in the morning, as explained by social representatives this morning. The measure has the support of the Valencian Business Confederation (CEV) and the main unions, who consider it to be "logical" given the progressive advance of the pandemic. The coincidence, they express, has been "full" and they request that it be applied "as soon as possible."

Shortly after, Castilla y León has sent a letter to Pedro Sánchez requesting the same, according to sources from the vice presidency. Until now, the Board had been favorable to a curfew, but it had not positioned itself so clearly. "The objective is to limit, avoid, prohibit, restrict that social contact. It has to be at a time that is effective," added Vice President Francisco Igea, who reiterated: "It is clear what we want, what we do not want is to play one more day to see who wears it. "

By last, Castilla La Mancha has advanced that it will expressly request it this afternoon, but that it will wait for the proposals that are exposed during the appointment to make a concrete proposal on the details of the measure, since it wants to explore agreements with the rest of the autonomous communities to determine the most effective schedule. For its part, the Xunta de Galicia finds it an "interesting tool" as long as there are clearer criteria on what it is and where it is applied. Thus, the Minister of Health has warned that the position of the Galician government is to analyze in detail the convenience of the curfew and apply it where justified. "We must adapt the regulatory framework and we cannot make this decision," as it is the responsibility of the central government.