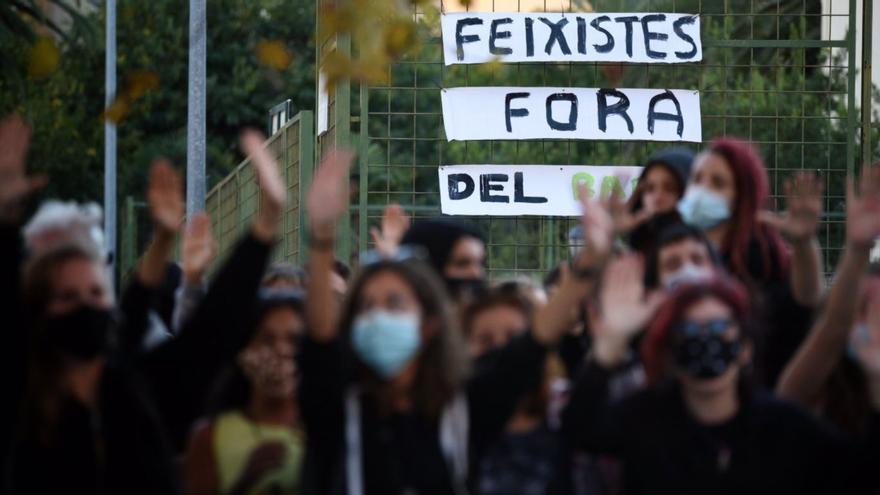 On October 12, the National Police arrested three young people from anti-fascist organizations in the hours prior to the demonstration called by far-right groups in the Valencian neighborhood of Benimaclet. The agents accuse the young men of an attack on the authority for a struggle with the members of the armed institute while they were carrying out their arrest and they have remained in police cells since then, waiting to be brought to justice. One of the detainees is injured as a result of the arrest and three officers have hand injuries, according to police sources.

The events occurred one hour before the demonstration called by Spain 2000, scheduled for 7:00 p.m. in the Plaza de Benimaclet. The convocation of the far-right organization provoked a response from antifascist groups and the Benimaclet Lliure d’Odi platform, which called for a previous rally and a series of activities against the normalization of hate speech. At around 6 pm, the Police received a notice of a brawl in the areas near the convocation and proceeded to identify a group of young people, who “started to run” and returned when they saw that one of their companions had been arrested where , the agents insist, they attacked three companions.

According to sources close to the events, the young anti-fascists met with the extreme-right convening group, and there were moments of tension that led to the police warning. One of the detainees had been previously identified during the day and a razor had been seized from him, as this newspaper has learned. Those attending the demonstration in which Nazi and Franco symbols were exhibited have declared this Tuesday at the police station. During the far-right rally there were no arrests.

The Department of Democratic Quality of the Generalitat Valenciana has begun a sanctioning procedure for the assistants who carried fascist symbols and has requested the identification of those attending the concentration. According to the Valencian law of Democratic Memory, the penalties for displaying Francoist symbols range between 10,000 and 150,000 euros. Likewise, the Government Delegation in the Valencian Community has requested a report from the General State Attorney to determine if the acts of October 12 violate the Law of Historical Memory by exalting figures against democracy. Both the Councilor Rosa Pérez Garijo and the delegate, Gloria Calero, have convened a meeting in the coming days to coordinate the actions and undertake actions so that, in compliance with the Valencian Democratic Memory Law, the Security Forces and Bodies of the State receive training in democratic memory to avoid events like those of last Monday.