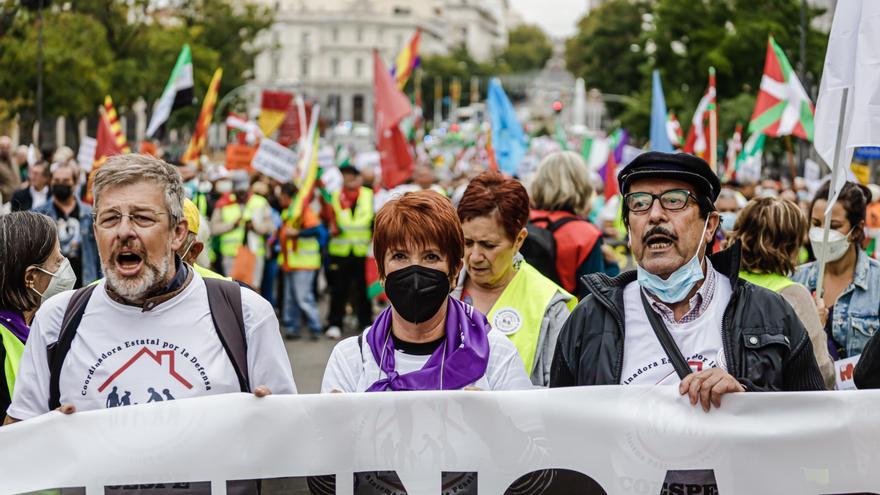 Pensioners from all over Spain, summoned by the State Coordinator for the Defense of the Public Pension System (Coespe), have demonstrated this Saturday in Madrid to demand “fair and sufficient” pensions and protest against the Minister of Inclusion, Social Security and Migrations , José Luis Escrivá, and his reform, which last month passed its first examination in the Plenary of Congress after rejecting the total amendment proposed by the PP.

During the parliamentary debate, Escrivá presented his reform as something “not of the party or of the Government”, but “of the country”, which arises from the parliamentary agreement of the Toledo Pact and also with the consensus of the main unions, employers’ associations and organizations of autonomous, “after a decade without consensus.”

According to Coespe, with this new concentration they want to defend “fair and sufficient” public pensions and “quality” public services, as well as show their opposition to the Toledo Pact and the imminent pension reform of Minister José Luis Escrivá. Among other requests are some “worthy” pensions of 1,084 euros as established by the European Social Charter, an audit of Social Security accounts and end the gender gap or advance the retirement age.

United Podemos was present at the march, specifically, the deputy in Congress, Javier Sánchez, who stressed that in this legislature they have taken some “important steps” to guarantee decent pensions, since they have managed to “revalue them at the CPI and repeal the sustainability factor “, although, he said, they are” clear “” that it is not enough. ”

“We must raise the minimum and non-contributory so that they reach at least the amount of the SMI. From United We Can we are very clear that we are not going to allow any setback in the public pension system,” he added.

The march began in the Congress of Deputies and ended in Puerta del Sol.