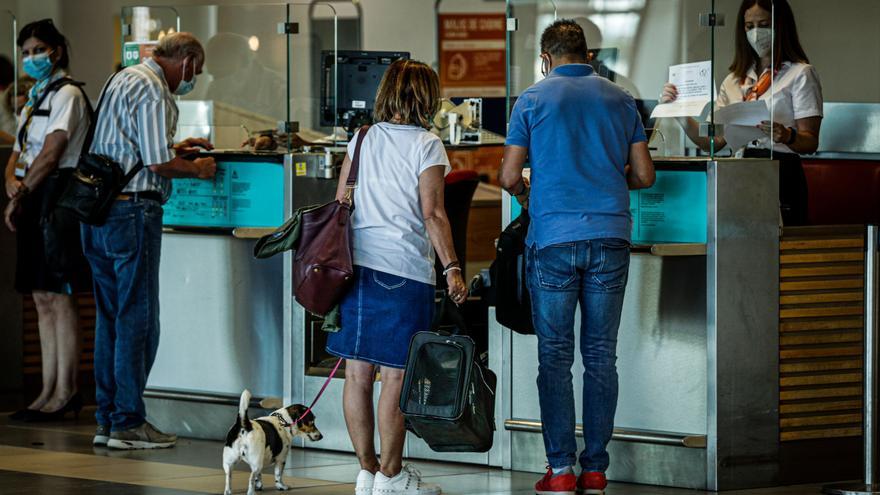 Lisbon, Jun 7 (EFE) .- Tens of thousands of British tourists have interrupted their holidays and abruptly leave Portugal hours before the country is formally excluded from the "green list" of the Government of Boris Johnson.

The British are crowding today the Faro airport, in the capital of the Algarve - their main Portuguese destination - to return to their cities of origin before dawn on Tuesday, when the sanction against Portugal comes into force, which in practice would force them to keep ten days of home quarantine upon return.

The United Kingdom announced three days ago that Portugal will abandon the green list of destinations that do not require quarantine on their return, after just three weeks on it.

Several airlines have enabled additional flights from Portuguese locations, at generally higher prices, in order to satisfy the demand of multitudes of people who want to be in British territory before the measures ordered by the Government are applied at 03:00 GMT on Tuesday. from London on June 3.

More than 25,000 British tourists left the Algarve over the weekend and thousands more will do so in the next few hours, on one of the nearly 40 flights scheduled today in Faro to the United Kingdom, double the usual amount.

Laboratories in the region are overwhelmed by the demand for PCR tests and, given the impossibility of getting an appointment on time, hundreds of British have chosen to undergo the test at the airport, collapsing the facilities.

Johnson's decision to remove Portugal from his "green list" has fallen like a cold water jug ​​on Portugal, which hoped to recover tourism activity, especially in the Algarve, hand in hand with the British market.

The prices of the planes that link the Algarve with the United Kingdom have skyrocketed in recent hours and will plummet as of Wednesday.

Also hotel rates from today drop significantly in the Algarve over the prices announced for these dates.

Portuguese Prime Minister António Costa criticized on Sunday the "instability" of the British system, which updates destinations every three weeks.

"We cannot have this instability system that changes every three weeks, it is not good for those who plan their vacations or for those who have to organize the tourism industry."

For the Portuguese Executive, "the measure is not justified" and causes "serious damage, both to the British, who at this time cannot leave without being subject to quarantine anywhere in Europe, such as the damage it causes to the economy national".

The United Kingdom is trying to prevent a third wave of the pandemic from starting, after registering an increase in infections driven by the Delta variant initially identified in India.

According to data from Sunday, this country recorded 5,341 new positive cases of the virus in 24 hours, 49% more than a week ago, with four deaths, a decrease of 1.7%.

Since the start of the pandemic in March 2020, it has registered 4.51 million infections and 127,840 deaths, while 27.6 million people have already received two doses of the vaccine.